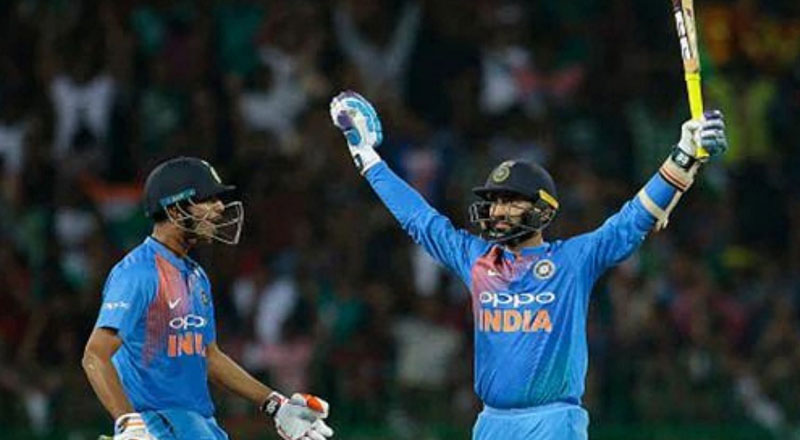 Karthik’s last game for India was the heartbreaking semi-final defeat versus New Zealand in the 2019 ODI World Cup. As he gears up for a fresh challenge, the seasoned glovesman shared a heartwarming note on Twitter along with his picture in the India jersey.

“If you believe yourself, everything will fall into place!” he wrote. “Thank you for all the support and belief…the hard work continues,” the 36-year-old added.

The Tamil Nadu stumper has been vocal about his desire for a national comeback, especially after his death-over batting exploits for Bangalore. “The way I have trained has been different. I was telling myself I am not done yet. I have a goal and I want to achieve something,” Karthik had said after his match-winning 44 off 23 balls helped Bangalore trump Rajasthan Royals last month.

Karthik has even brightened his chances of being picked for the upcoming T20 World Cup in Australia. The Nidahas Trophy hero for India has amassed 287 runs in 14 games in Bangalore colours in the ongoing IPL edition so far.

“I must admit that I have a bigger goal. I have been working really hard. My aim is to do something special for the country. This is part of my journey. I have been trying everything to be a part of the Indian team,” the Bangalore player on his blistering 34-ball 66 against Delhi Capitals.

Karthik, who began his journey in international cricket way back in 2004, has been at his destructive best for Bangalore, who spent ₹5.5 crore on him in the February auction.

Along with Karthik, Hardik Pandya also made a successful return to the Indian setup. The Gujarat Titans captain has been consistent with the bat, besides bowling a few overs at a brisk pace. Hardik’s recall gives Rahul a sixth bowling option when the team management is in search of the perfect template for the World T20 in Australia.