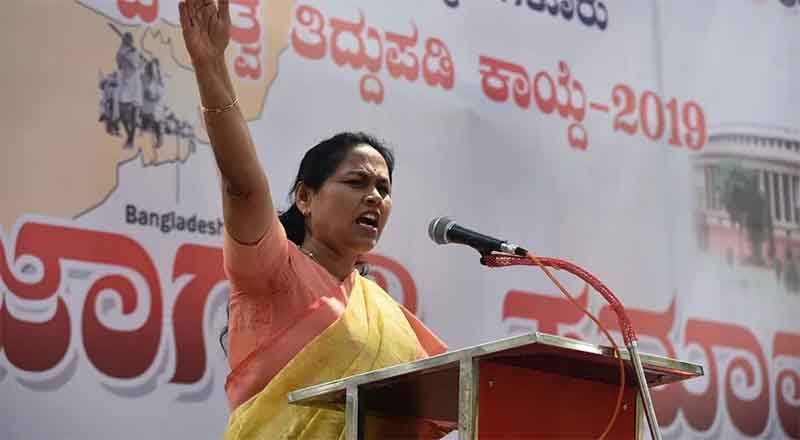 Kerala police on Thursday has registered a case against BJP MP Shobha Karandlaje under Section 153 (A) of IPC, over her tweet that alleged that the Hindus of the Kuttippuram Panchayat of Malappuram were denied water supply as they supported the Citizenship Amendment Act.

Section 153 (a) of the IPC pertains to promoting enmity between different groups on grounds of religion, race, etc.

The Police said that the BJP MP spread misleading and incorrect information and tried to destroy the communal harmony. The water shortage in the area has been a problem even before the controversial Citizenship Amendment Act was passed.

Reacting to the complaint, Karandlaje said that instead of acting on the discrimination against the Dalit families, they lodged a complaint against her.

Further, she said that people who are supporting CAA are being boycotted from business, denied of basic amenities and jobs.

“The CPM government is acting blind to all the acts happening across Kerala, but files a case against me for speaking the truth!” she said in a series of tweets.