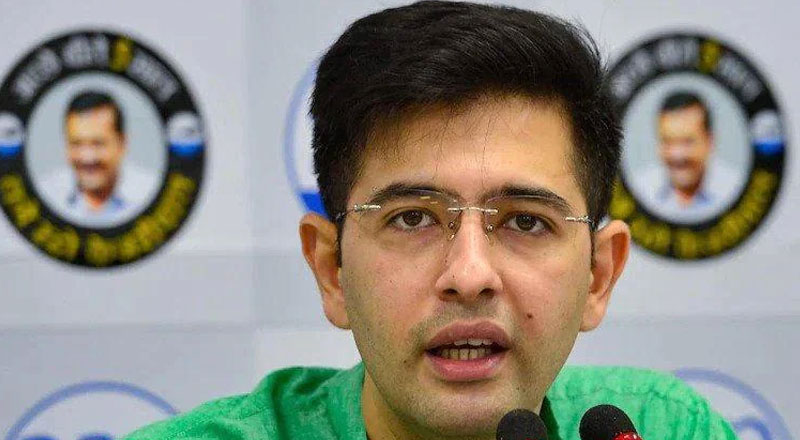 The AAP leader was served a legal notice on Sunday by Punjab BJP Yuva Morcha VP Ashok Sareen, who demanded a written apology from him for calling BJP a party of goons.

Rajya Sabha member and Delhi Jal board Vice Chairman Raghav Chadha kicked off a controversy by calling the Bharatiya Janata Party (BJP) as the party of ‘goons’ and ‘Bharat ki jahil party’.

The AAP spokesperson on Saturday, while addressing a press conference, said that BJP means ‘Bharat ki jahil party’. He also said that the BJP had become a party of goons and hooligans (gundon aur lafangon ki party).

Raghav Chadha’s statement left the BJP leaders fuming. Sareen has sent a legal notice to Chadha at his New Delhi address and, under sections 499 and 500 of the IPC has demanded a written apology from him.

“You have falsely and maliciously lowered the reputation and created ill will against the BJP in the minds of the people of society. The utterances on your part is derogatory, defamatory and tantamount to the character assassination of the entire BJP,” the notice said.

Ashok Sareen, in the legal notice sent on Sunday, has demanded a written apology from the AAP leader within three days, failing which a civil and criminal complaint will be filed.