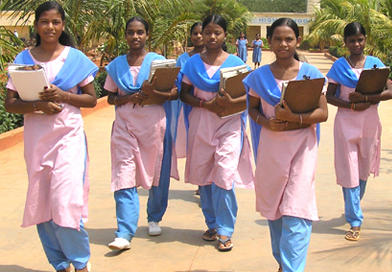 Based on Census figures, all India Scheduled Tribe (ST) female literacy rate has increased from 34.8% in 2001 to 49.4% in 2011. The Ministry of Tribal Affairs has been implementing the scheme, ‘Strengthening Education among ST Girls in Low Literacy Districts’. This scheme covers 72 blocks of 54 districts in 12 states and 1 union territory as identified by Ministry of Tribal Affairs where the ST population is 25% or more and ST female literacy rate is below 35%, or its fractions, as per 2001 Census. The scheme may also cover any other tribal block in a district, other than aforesaid 54 identified districts, as and when reported by the concerned State Government.

The Ministry aims to bridge the gap in literacy levels between the general female population and tribal women, through facilitating 100% enrolment of tribal girls in the identified districts or blocks, more particularly in naxal affected areas and in areas inhabited by Particularly Vulnerable Tribal Groups (PVTGs), and reducing drop-outs at the elementary level by creating the required ambience for education.

The Ministry also releases Grants under Article 275(1) of the Constitution and Special Central Assistance to Tribal Sub Scheme (SCA to TSS) to the State Governments for establishment of schools / hostels and development of educational infrastructure. With a view to maximize retention of ST students within various stages of school education and promoting higher learning, the Ministry provides financial assistance in the form of scholarships to ST students.