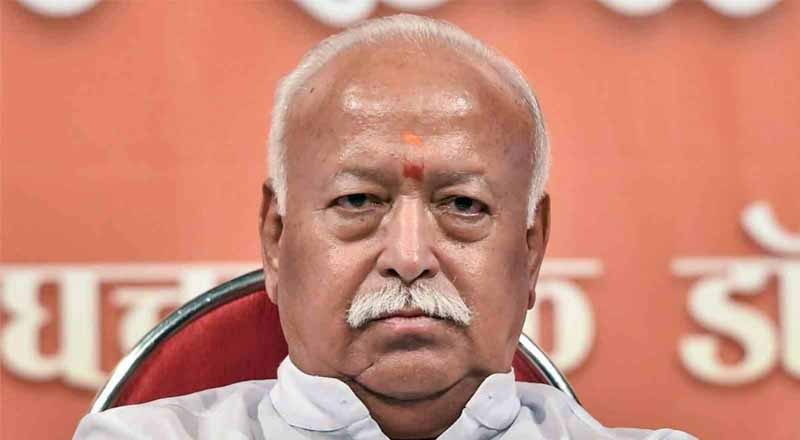 RSS chief Mohan Bhagwat has blamed a general complacency- on – on part of the government, administration and the public at large- for the explosive second wave of coronavirus infections in India. The RSS Sarsanghchalak, however, urged citizens to stay united and work as a team, instead of pointing fingers at each other.

Bhagwat further said, We are facing this situation as government, administration and public-all became negligent after the first Covid Wave. He further said that advice from doctors and medical practitioners were ignored once the first wave seemed to be under control.

While he was expressing bis views, a likely third wave, Bhagwat said we need to stay united and work like a team in these testing times, and prepare ourselves. He called the Covid pandemic a challenge before humanity, and India has to set an example.

Bhagat also emphasised and warned against making irrational statements, and work together without discussing merits and demerits. The RSS chief spoke on the present situation in India to that of England during World War II. Even when all hope was seemingly lost, Bhagwat said, a quote on the desk of the then British prime minister Winston Churchill read, “There is no pessimism in this office. We are not interested in the possibilities of defeat. They don’t exist”.