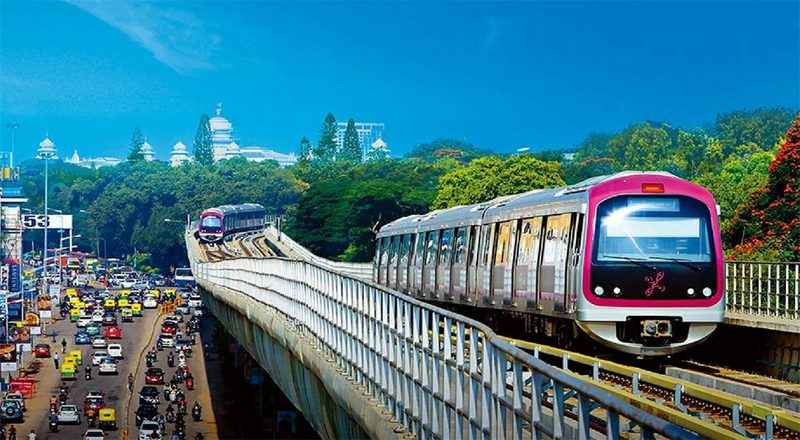 Namma Metro will get its very first “six-coach” train delivered for the very first time today. However, it will be at least two months before the higher capacity train hits the rails.
The Bangalore Metro Rail Corporation now runs 50 trains with three coaches and is under pressure to increase capacity at least in the peak hours.

Speaking on the same, Mahendra Jain, Managing Director, BMRCL, said, “The BEML was able to deliver one set of three intermediate coaches four months before it was expected.”
“According to the contract, we were supposed to get the first order in June. The process of doubling all the 50 trains will go on till the end of 2 019,” he further said.

However, he did not commit to a timeline for commissioning the first six-coach train. “Integrating intermediate coaches with the existing three-coach train takes a lot of time. We hope to put the six-coach train for commercial operations shortly,” he later added.

Also, a BMRCL official said that, after the process of doubling will take not less than 2-3 months. “Before we put the six-coach trains for public use, the systems are tested in the depot and later on the mainline. The train is run for about 1,000 km.”

Around 4 lakh commuters use metro services on the 42-km network every day. While the average ridership on the East-West Corridor (Baiyappanahalli- Mysore Road) is 2.30 lakh and about 1.7 lakh passengers use the North-South Corridor (Nagasandra-Yelachenahalli) every day.