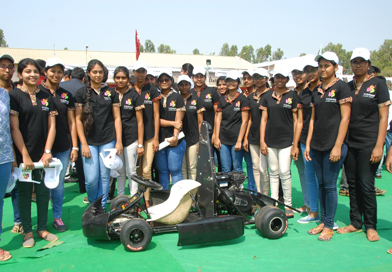 One of the facilities of Yamaha Motors in India is said to have an entire assembly line for scooters that was kicked off with 200 women in late 2012. Girls are also working on the Assembly lines of Ford Motors added Dr. Rao.