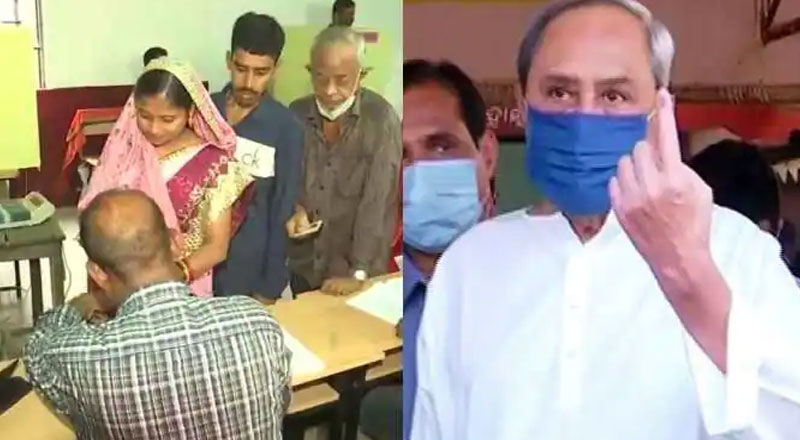 : Voting for the 109 urban civic body polls for three Municipal Corporations, Bhubaneswar, Cuttack and Berhampur,
besides 47 municipalities has begun in Odisha on Thursday.
The voting started at 8 am and will conclude at 5 pm. Over 40.55 lakh voters are eligible to cast their votes in the elections. As many as 6,411 candidates are in the fray (569 candidates for Chairperson/Mayor posts and 5,842 candidates for Councillor/Corporator seats). It is the first time that direct elections for the top posts of the local bodies are being held in Odisha.

In Bhubaneswar, Biju Janata Dal (BJD) Mayor candidate Sulochana Das, a journalistturned-politician, cast her vote in Bhubaneswar. However, people had to wait for a long time due to technical glitches in the electronic voting machines (EVMs).
Das said that she is happy that for the first time Mayor will be directly elected and the capital city has been reserved for a general woman candidate. Speaking to ANI, Das said, “This is the first time the direct election is being held in the state. I request all the people to come out and cast their votes.”

Ritika Balwantrai, an independent candidate, said, “This is the first time the election is happening for electing Mayor and the corporators. People are coming out and casting their voting rights.”

A voter also alleged that there was some problem in EVM and it was purposely done. Vishnuprasad Sahoo said, “Early in the day, there was a problem in the EVM and a lot of people returned home because they had to go to their offices. This was intentionally done because (people in power) did not want educated people to vote for the right candidate.

In the panchayat elections held last month in Odisha, the BJD had won in 766 wards out of 852 Zilla Parishads, while the BJP and Congress won 42 and 37 wards respectively. Independents and other parties managed to win seven seats. manish