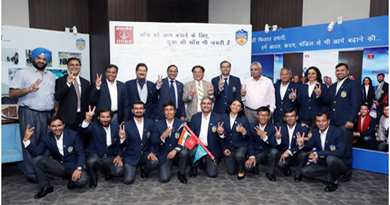 CMD D.K. Sarraf, while speaking about the importance of this mission to ONGC and its employees, remarked that this mission proves that adventure is part of ONGC’s DNA and that dreams do come true with perseverance and hard work. He further added, “We all learn a lot of management lessons from how the team of young amateurs could scale the highest peak on the planet. Dreaming is very important and this dream became a reality due to grit of team members, blessings of family and support system as every ONGCian hoped for their successful return.”

He congratulated the Team leader and support provided by IMF, HR and Coordination teams to make this mission a resounding success.