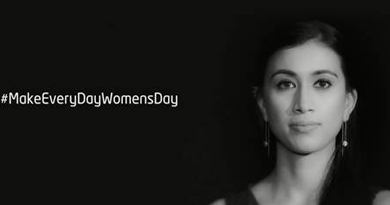 In an endeavor to celebrate International’s Women’s Day, Orient Electric, part of the diversified Indian conglomerate CK Birla Group, has launched #MakeEveryDayWomensDay campaign. The social media campaign aims to deliver a strong message to look beyond just one day dedicated to women. As a part of the campaign, the company launched a video highlighting the need to celebrate a woman’s lifetime rather than a single day every year.

Speaking about the initiative, Anshuman Chakravarty, Head Brand & Corporate Communication, Orient Electric said, “Everybody talks about women’s issues and rights on Women’s Day which comes only once a year. Being a socially responsible brand, we want to highlight through this campaign how the world tends to forget for the rest of the year, about all their contributions and inequalities they face at different stages of life. With the concept of #MakeEveryDayWomensDay, we are urging everyone to extend the celebration of appreciation and respect towards women in our personal and professional lives, not just for a day but for every day of the year.”

Commenting on the concept, Vineet Singh, Head – Delhi & CRM India, DigitasLBi said, “The initial response to the video has been tremendous and we have been flooded with positive comments about the campaign. We are extremely proud to be a part of the initiative with Orient Electric for their Women’s Day campaign and we stand by the thought of #MakeEverydayWomensDay. It is a very powerful message which we are sure the entire country will connect with.”

The campaign has garnered 58 million impressions with 7K mentions while reaching out to 3.2 million people. The video has generated 1.1 million views so far.