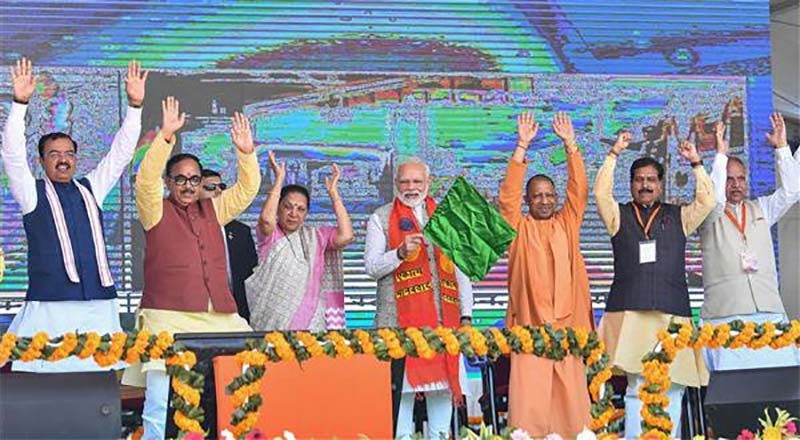 The train was launched yesterday by Prime Minister Narendra Modi from the ancient holy city of Varanasi in Uttar Pradesh to connect two other major religious sites dedicated to feral deity.

Even a temple has been drawn on the seat to make people aware that the seat is reserved for the Lord Mahakal in Madhya Pradesh’s Ujjain,” Northern Railways spokesperson Deepak Kumar told the media.

It made a reservation yesterday (Feb. 16) seat number 64 in coach B5—for the Hindu god Shiva on the 82401 Kashi Mahakal Express.

The passengers on the train will be served only vegetarian food, while devotional music will be played on board regularly. The train was flagged off by Prime Minister Narendra Modi on February 16 from the Varanasi junction and will start playing regularly from February 20.

Meanwhile, the railway authorities have kept pictures dedicated to Lord Shiva on the seat, they are also mulling to keep this seat reserved for the Lord in the days ahead.

Offering prayers at the seat on auspicious days and occasions are also being considered.