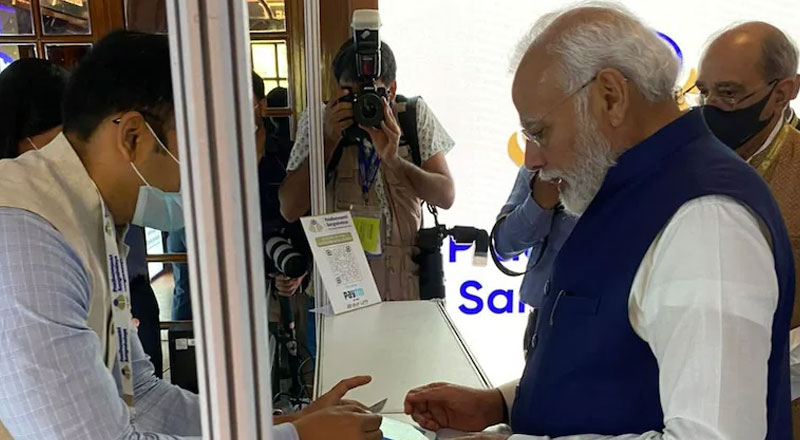 Prime Minister Narendra Modi has bought the first ticket to enter the Pradhan Mantri Sangrahalaya, after inaugurating the museum dedicated to the 14 former prime ministers of India. The museum will have a technologically-advanced display of the life and contributions of the country’s first prime minister, Jawaharlal Nehru, with a number of gifts received by him from all over the world put on display for the first time, according to officials.

The museum has been developed to create awareness about these leaders. It recognises the contributions of all the prime ministers irrespective of their ideology or tenure in office, the officials said.

The sangrahalaya is a seamless blend of the old and the new and includes the erstwhile Nehru Museum building, designated as Block I, which now has a completely updated, technologically-advanced display on the life and contributions of Jawaharlal Nehru. A number of gifts received by him from all over the world but not exhibited so far have been put on display in the renovated Block I,” an official said.

Starting from the country’s freedom struggle and the making of the Constitution, the museum tells the story of how India’s prime ministers navigated the nation through various challenges and ensured its all-round progress. The guiding principle has been to recognise the contributions of all the prime ministers in a non-partisan manner, the officials said.

The design of the museum building is inspired by the story of a rising India, shaped and moulded at the hands of its leaders, they added.

The design incorporates sustainable and energy conservation practices. No tree has been felled or transplanted. The total area of the building is 10,491 square metres. The logo of the building represents the hands of the people of India holding the “chakra”, symbolising the nation and democracy.

Information was collected through institutions such as Doordarshan, Film Division, Sansad TV, Ministry of Defence, media houses (Indian and foreign), print media, foreign news agencies, the “Toshakhana” of the Ministry of External Affairs (MEA) etc. The families of the former prime ministers were also contacted for valuable information about them.

The content has been acquired on a perpetual licence in most cases. Appropriate use of archives (collected works and other literary works, important correspondences), personal items, gifts and memorabilia (felicitations, honours, medals conferred, commemorative stamps, coins etc.), speeches of the prime ministers, anecdotal representation of their ideologies and different aspects of their lives have been reflected in a thematic format.

(With inputs from PTI)