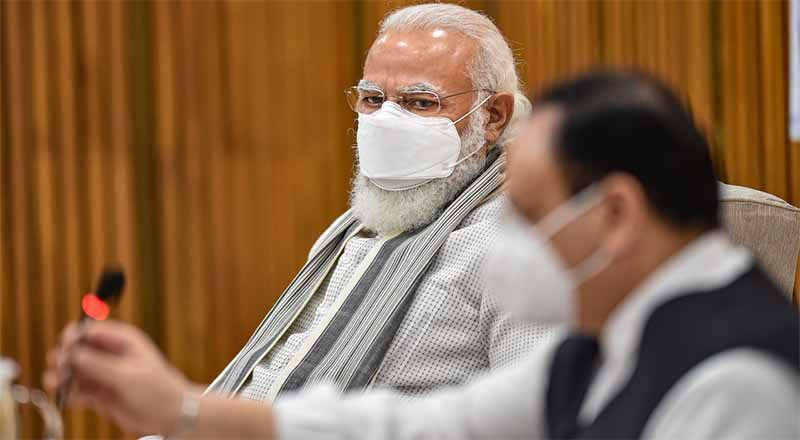 The concluding session of 80th All India Presiding Officers Conference via video conference was being addressed by PM Modi recently. On the occasion, Prime Minister Modi raised the pitch for “One Nation, One Election” and a single voter list for all polls in order to prevent the impact of the model code of conduct on development works every few months due to frequent spread-out polls.

Apart from these two issues, the PM also asked the presiding officers attending the meet to apply their mind to simplify the language of statute books and allow for an easier process to weed out redundant laws.

On one voter list, he observed, “only one voter list should be used for Lok Sabha, Vidhan Sabha and other elections. Why are we wasting time and money?”

Emphasising need for coordination between all three wings of the state — Legislature, Executive and Judiciary, he stated that everything, from their role to their decorum, was described in the Constitution itself.

He further said, “We must remember that when politics take over people and nation-first policies, the nation has to pay adversely in such situations. This [completion of Sardar Sarovar Dam] could have happened earlier if development was given precedence. Those who stalled it, have no repentance”.

Talking about Statue of Unity of Sardar Patel, Modi pointed out that it was built by his government despite Patel not being from the BJP or the Jana Sangh.

“Constitution is our guiding light to take on challenges in the 21st century, and national interest should be our basis for every decision”, he urged.