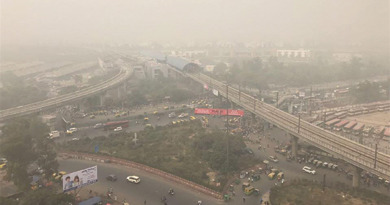 Every year, Delhi witnesses high pollution level in ambient environment during Diwali. The papers are inundated with numerous reports citing statistics from DPCC, CPCB and other sources. To the layman, the message is lost between these numbers.

Pollution is a major issue today, not just for a country like India but also for many of the developed countries across the globe. Continuing from the last few years, a thick smog is seen settling over large parts of Northern India with Delhi bearing the brunt of getting badly hit by such extreme weather conditions and had been at the receiving end of getting the maximum coverage. The smog problem has in fact become a perennial affair in Delhi.

But unlike in previous years, the pollution level this year has broken all the records and the environment made even worse. The toxic level in the air in and around Delhi has created quite a menace. Also the changing weather conditions further stimulated the pollution in the air, which resulted in the formation of a thick layer of ‘SMOG’. So much so that, doctors who always suggest people to go for a morning walk, strictly requested people to stop their morning and late night walks till the air quality does not get better.

According to the data released by the Central Pollution Control Board, at least six other cities have seen air quality reaching way beyond the ‘severe’ category. Delhi’s air quality index (AQI) was 448. Only two cities in Haryana-Faridabad and Bhiwai-registered an AQI below Delhi.

In between when the air was poisons lots of predictions, guess and blame game happened between the Delhi govt and national green tribunal to find the actual causes and the solutions to handle the extreme situation, but nothing worked. But what are the actual reasons behind this soaring pollution?

Who was responsible for this SMOG?

It’s not just Punjab, Haryana and Uttar Pradesh or any other neighbouring countries that are to be hold responsible for giving rise to such a deadly situation, as pointed out by many. But there are many other factors that have led to the increase in the pollution level and for making the atmosphere worst.

• Different thermal plants including NTPC located in and some plants around Delhi is a major problem that is causing the air quality to go down. At such an hour, when the corporate and the govt were supposed to close the thermal plants for the time being, there were no such actions taken to do the needful.

• Another major factor that contributed to the Delhi smog is the burning of waste in landfills in Delhi, for which the Supreme Court even criticised the Delhi govt. many times. In fact, it has been counted as one of the failures for the Delhi govt to control the pollution levels in the capital.

• Pollution generating from vehicles also played a major role in thickening the layer of smog and making the air unbreathable.

The contribution of the dust storm was 40 per cent, eclipsing the role of emissions from stubble burning, which stood at 25 per cent. To monitor the pollution level in the capital specially during the smog days, System of Air Quality and Weather Forecasting And Research Ministry of Earth Science, Govt. of India. (SAFAR India) has introduced the air quality index in which the organisation tried to measure the pollution level in different locations on different times.

According to a report by SAFAR from 7th Nov (5 AM), the pollution level touched the peak on 8th Nov (PM2.5 = 640 µg/m3) and slowly recovered to VERY POOR level on Saturday (11th Nov). There was no pumping and influence of Stubble burning and Gulf storm dust after 10th Nov night onwards owing to slowing down of upper air winds and change in wind direction. So Delhi was out of External Influence. 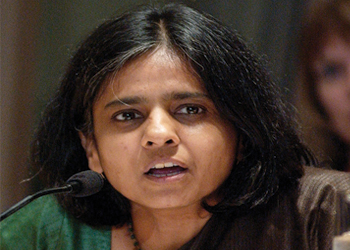 “In spite of all the noise about air pollution, we are doing everything to make it worse. Today, dirtiest fuels are exempt from tax; while clean fuels are not. Under the Goods and Services Tax (GST), industries that use furnace oil type fuel-dirty and toxic-are given a full refund”

As air pollution reached dangerous levels in the national capital, there was a spurt in fresh cases in hospitals and conditions of patients with history of asthma, Chronic Obstructive Pulmonary Disorder (COPD) and cardio-vascular diseases deteriorated. While people were seen wearing masks to protect themselves outdoors, the city hospitals witnessed a surge in the number of patients complaining of respiratory problems with doctors saying some may develop life-threatening conditions. The sale of air purifiers in Delhi have shot up in recent times due to severe air pollution and smog.

As Delhi continued to choke, a few steps were taken by the Delhi govt to control the pollution level and secure Delhi from smog but those were not just enough to handle the situation. Measures were taken such as closing schools, washing the roads with water, announcing health emergency and introducing odd-even in vehicles. These steps can be seen as primary actions but not the end solution as these could not help Delhi from smog.

In the list of actions to control pollution, Delhi govt also presented the proposal to increase public transports/Buses which runs in CNG. Chief Minister Kejriwal also said that he had requested education minister Manish Sisodia to ‘consider closing schools for a few days’. “Delhi has become a gas chamber. Every year this happens during this part of year. We have to find a solution to crop burning in adjoining states,” Kejriwal tweeted as AQI measurements indicated presence of tiny particulate matter (PM) that can penetrate deep into human lungs and cause severe respiratory problems.

However, the govt also faced lots of criticism from NGT and the Supreme Court for not utilizing the funds successfully to control the pollution in the capital. During the smog situation, NGT has stopped the Delhi govt. from reintroducing the odd even formula. Seeing the level of dirt particles increasing, NGT also ordered to stop all construction works in Delhi for some time.

But fortunately, the strong high altitude winds that were bringing in pollutants from west Asia and stubble burning regions of Punjab and Haryana had become calm. This also ensured that no external pollutants could enter Delhi at least for the moment.

The Supreme Court also upheld the ban on petroleum coke as it produced almost 11% more green house gases than coal. In the same lines, SC has also banned the use of petcock and furnace oil in plants to reduce the 2.5 pm level in the air in Delhi and neighbouring states.

• It recommended four-fold increase in the parking fees in Delhi-NCR
• It instructed the Delhi Metro to introduce more coaches and lower fares during off-peak hours for at least 10 days.
• It recommended a fine of Rs 50,000 on those road construction agencies violating dust pollution norms in Delhi-NCR
• It also told the Delhi-NCR governments to start preparing for measures like odd-even and ban on construction if pollution aggravates

Safar India has developed a technology that can lead to predicting the level of pollutants in different parts of the city well in advance based on which preventive action can be taken to protect Human health. The air quality forecasting is a highly specialized area and requires huge computational power on regular.

Safar is monitoring air quality indicators and weather parameters round the clock. The data is recorded and stored at every five minutes interval at local station. This near real time online raw data is then transferred to central AQMS server at SAFAR-Control room located at IITM, Pune, through GPRS at every 15 min interval which is a central data base where data has been validated by expert scientific team. The data is subsequently averaged to one hour interval.

This is the first of such kind of network in India which continuously monitors all these parameters and maintain up to date data base with robust quality control and quality assurance.

But is this the solution?

A recent report by Greenpeace claimed that not a single city in northern India meets international air quality standards, with air pollution killing more than 1 million Indians each year and causing a 3 per cent loss in the country’s GDP.

As sale of air purifiers in Delhi have shot up in recent times, especially in the national capital, due to severe levels of air pollution and the toxic smog that had shrouded the city for seven days in early November, Sunita Narain, Director General, Centre for Science and Environment, said cleaning up Delhi’s air would require energy and mobility transformations, where people would adopt cleaner fuels and embrace public transport. “Air purifiers cannot “save us” from the ill-effects of pollution, environmentalist,” said Sunita Narain terming air pollution an “equaliser” which affects people across the board.

“In fact, in spite of all the noise about air pollution, we are doing everything to make it worse. Today, dirtiest fuels are exempt from tax; while clean fuels are not. Under the Goods and Services Tax (GST), industries that use furnace oil type fuel-dirty and toxic-are given a full refund. But as natural gas is left out of GST, it means that if industrialists even want to do their bit for clean air, they cannot. Natural gas is taxed heavily and no refund is possible. So, where is the choice to go clean?”

She further continues, “Then, we are importing the world’s dirtiest fuel – pet coke, from the US—which has banned its use because of domestic pollution concerns-as if we have no problems of our own. China has stopped importing this fuel. But we allow it under Open General License. Three years ago, we imported some 6 million tonnes of this refinery by-product and last year, till March end, we had upped this to 14 million tonnes. This, combined with our domestic production of some 12-14 million tonnes, means that we are easily beating even China’s heavy use of this fuel in their pollution heydays.”

She also pointed out that no step has been taken to stop the use of this fuel or to set emission standards for it that will control pollution. Instead, this fuel is cheaper as it is under GST. “So, why are we surprised that pollution continues to kill us and not even softly. Then there is the long-term, but immediate agenda. It is a fact that automobiles are the biggest contributor to pollution and most importantly, diesel emissions are carcinogens.”