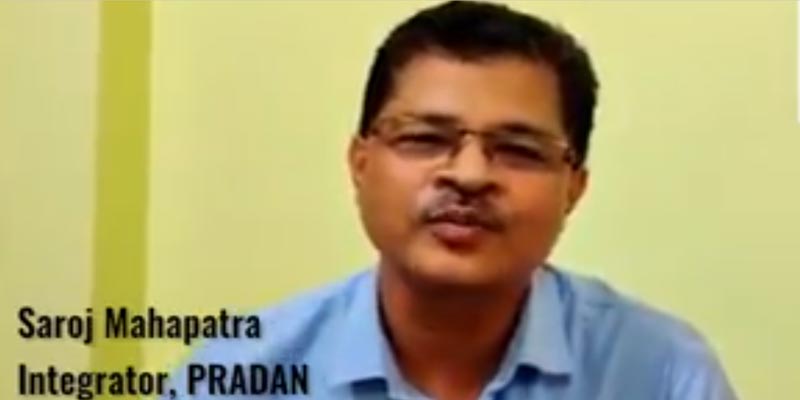 Professional Assistance for Development Action (PRADAN), one of India’s foremost agencies working on uplift of rural areas and people has appointed Saroj Mahapatra as its next Executive Director. Mahapatra has been associated with PRADAN as an Integrator for the state of Chhattisgarh. He will take up the responsibilities of Executive Director from April 1, 2022.

Saroj has more than 25 years of experience in working on both Central and State Government Projects around increasing effectiveness of flagship programmes like MGNREGA and NRLM, several multi-lateral projects with agencies such as WFP, IFAD, UNICEF and World Bank, and promoting multi-stakeholder networks. In all his endeavours he has ensured the leadership of women from the most marginalised households. He has directly worked with the Adivasi, dalit and other deprived communities of Central India. He has provided leadership to PRADN’s work on small-holder irrigation and climate resilience through Integrated Natural Resource Management.

Saroj was instrumental in preparing the INRM manual for MGNREGA implementation of the Ministry of Rural Development, GoI. He has been part of working groups for Inclusive processes for Village Development Planning, strengthening rural livelihoods, the convergence of different flagship programs, and climate-resilient interventions.

Outgoing Executive Director, Narendranath Damodaran said, “I have been associated with PRADAN for more than three decades. It has been a fulfilling journey of working with hundreds of young development professionals in PRADAN, and helping more than five million rural people attain a dignified life.”

On his appointment Saroj said, “I appreciate my colleagues’ and the Board’s confidence in me, and giving me this responsibility. I look forward to their continued support in hastening our journey towards creating a just and equitable society for all, especially the marginalised communities we work with. I hope to engage closely with our large contingent of partners who are co-travellers with us in this endeavour.”

As of September 30, 2021, PRADAN worked with more than eight million households, in 8,963 villages in seven states, directly as well as through multiple partnerships. 70% of the households belong to the most vulnerable groups such as Dalits, Adivasis, and Particularly Vulnerable Tribal Groups (PVTGs).