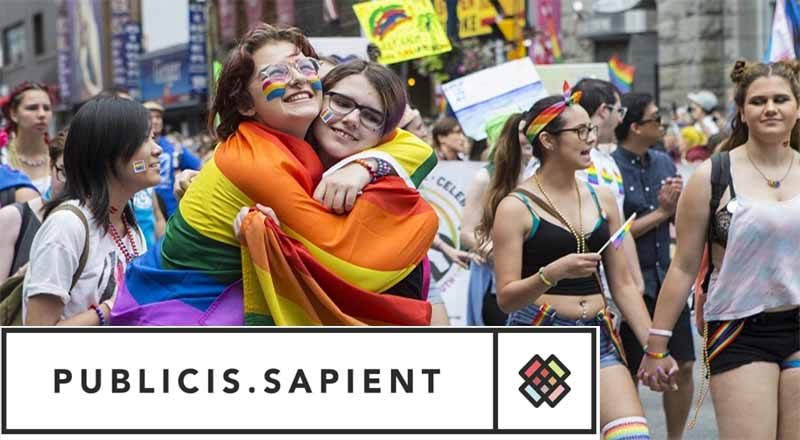 Publicis.Sapient has launched a short film, #PeopleNotLabels in partnership with The Humsafar Trust, India’s oldest LGBTQ organization. The film aims at building awareness of the constant obstacles encountered by trans people in Indian society.

Set in the city of Bengaluru, the film gives a brief view into the life of Sowmya Shri, a transwoman and Christy Raj, a transman, uncovering commonalities in which people, irrespective of their gender, love and care about each other. Through unique, unheard stories of the two protagonists, the film reveals the harsh realities of mental and physical trauma, gender dysphoria, accompanied with misguided labelling and appearance-bias that exists against the transgender community across the country.

“At Publicis.Sapient, we have always believed in equal opportunities and have been a strong proponent of diversity and inclusion. Our efforts to enable transformation through this philosophy also extends beyond our own organization into the work we do as part of our corporate social responsibility initiatives. Through TRANScend, a pioneering social impact project, we are working in partnership with the Humsafar Trust to enhance the socio-economic inclusion of trans people into the society in India. Sowmya and Christy’s story is inspirational and heart-warming, and I’m glad the world gets to hear their story of love and care,” said Sanjay Menon, Managing Director – Publicis.Sapient, India.

#PeopleNotLabels is an initial step towards generating awareness about the hardships the 4.8 million individuals (acc. to 2011 India census) in the community face. Their rights are being largely compromised in the country, leaving them in a state of isolation, within households, communities and institutions. As per a recent study by the National Human Rights Commission, about 96% of transgenders are denied jobs and are forced to take low paying or undignified work for livelihood; 50-60% of them have never attended schools, and out of those who did, 18% are physically abused, while 62% are verbally abused in school.

Speaking on the biases faced by the transgender community, Vivek Anand, CEO, The Humsafar Trust, said, “The transgender communities are among the most marginalized groups of our society. They become victims of violence and discrimination and despite a positive judgement from the Supreme Court in April 2014, they are still not accepted as part of the society. We are yet to traverse a long road towards acceptance and equality of the Trans communities. The TRANScend project is a small step towards bringing TG communities in the fold of mainstream society and creating opportunities that will empower them to lead a life of dignity and respect.”