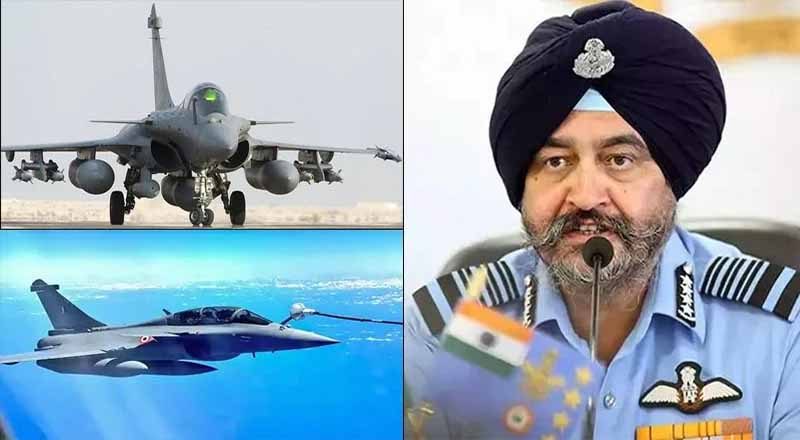 Air warriors like Air Chief Marshal (Retd) Birender Singh Dhanoa know that the Chinese will launch a barrage of early long range missile strikes against Indian air bases to incapacitate them. However, according to a March 2020 Belfer Center Study of Harvard Kennedy School, this is easier said than done.

The study quotes a senior IAF officer saying that the Chinese need 220 ballistic missiles to keep one airfield shut for 24 hours.

While recognising the rocket threat from China, the IAF strategy has been fine tuned to an art form and put to practice through more than 6,000 sorties alone on the eastern front during Exercise Gagan Shakti. “The moment the red flag is up, we will disperse the aircraft from the designated fields to all along the border with China with sufficient ammunition in those bases to take care of the air operations,” said a serving Air Force commander.

Former Air Chief Dhanoa explains it by saying that even if Chabua, Tezpur, Leh, Adampur air bases are down, the dispersed aircraft will start operating from other bases like Bareilly, Dimapur, Kanpur and Gorakhpur and a dozen of other airfields. “The next steps are to recoup and then retaliate,” he said.

During the 2018 Gagan Shakti exercise, then defence minister Nirmala Sitharaman and then air chief Dhanoa landed at Pasighat advanced landing ground with a Su-30 taking off from the new air strip.

While the Chinese rocket attack will damage the Indian air bases, the inherent problem of rocket attack is that it is a one-time attack and there is a limitation on the warhead load.

“Just as the Chinese have the missile ranges to reach any corner of India, the reverse is equally true with the Agni V missile ready and operational. To add to this the Indian manned fighters like Rafale and Sukhoi carry over 30 tons of ordnance to be delivered with pin-pointed accuracy. Compare this to a 100 kg warhead on a missile and you get an answer to what is more lethal,” said a senior IAF officer.

Ahead of five Rafale jets landing in India, former Indian Air Force chief BS Dhanoa stated, “Rafale is a game-changer.” Stating that IAF, with its Rafale jets and Su-30 MKIs, can counter any threats posed by China’s air force, he asked, “If Chinese equipment was so good…Why is Pakistan mounting Swedish radar and Turkish targeting pod on Chinese JF-17?,” asked Dhanoa