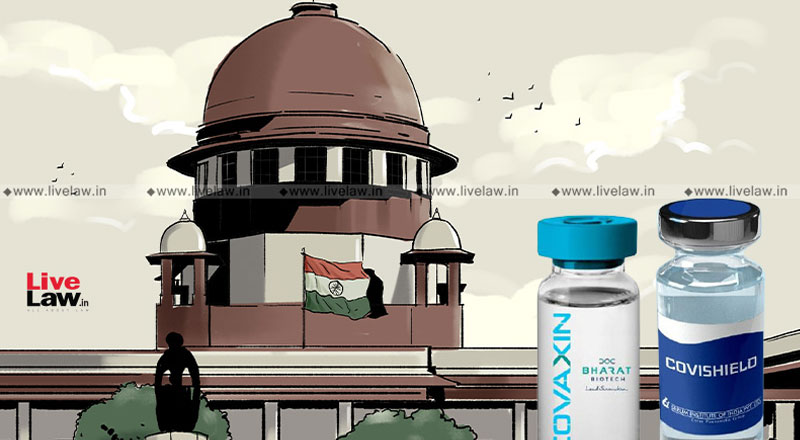 The Supreme Court said on Monday that no individual can be forced to get vaccinated against Covid-19, while also adding that “as long as there is a risk of spreading the disease, there can be restrictions placed on individuals’ rights in larger public interest”.

The bench of Justices L Nageswara Rao and B R Gavai while seeking “review” of vaccine mandates said, “Till the infection rate remains low and any new development or research finding emerges which provides due justification to impose reasonable and proportionate restrictions on the rights of unvaccinated individuals, we suggest that all authorities in this country, including private organisations and educational institutions, review the relevant orders and instructions imposing restrictions on unvaccinated individuals in terms of access to public places, services and resources, if not already recalled”.

Upholding the Centre’s vaccination policy, the court said that it was not “unreasonable or manifestly arbitrary”, while also asking the government to make data on adverse events after immunisation “publicly accessible”.

The judgment was passed based on a petition filed by Dr Jacob Puliyel, a former member of the National Technical Advisory Group on Immunisation (NTAGI), seeking disclosure of vaccine trial data and stay on vaccine mandates.

Writing for the bench, Justice Rao said, “With respect to the infringement of bodily integrity and personal autonomy of an individual considered in the light of vaccines and other public health measures introduced to deal with the Covid-19 pandemic, we are of the opinion that bodily integrity is protected under Article 21 of the Constitution and no individual can be forced to be vaccinated. Further, personal autonomy of an individual, which is a recognised facet of the protections guaranteed under Article 21, encompasses the right to refuse to undergo any medical treatment in the sphere of individual health”.

“However, in the interest of protection of communitarian health, the government is entitled to regulate issues of public health concern by imposing certain limitations on individual rights, which are open to scrutiny by constitutional courts to assess whether such invasion into an individual’s right to personal autonomy and right to access means of livelihood meets the threefold requirement as laid down in K S Puttaswamy (privacy judgment) …i.e., (i) legality, which presupposes the existence of law; (ii) need, defined in terms of a legitimate state aim; and (iii) proportionality, which ensures a rational nexus between the objects and the means adopted to achieve them,” the court said.

“On the basis of substantial material filed before this court reflecting the near-unanimous views of experts… this court is satisfied that the current vaccination policy of the Union of India is informed by relevant considerations and cannot be said to be unreasonable or manifestly arbitrary,” it said.

On vaccine mandates, the court said that “no data has been placed by the Union of India or the states appearing before us, controverting the material placed by the petitioner in the form of emerging scientific opinion which appears to indicate that the risk of transmission of the virus from unvaccinated individuals is almost on par with that from vaccinated persons” and therefore, the “various vaccine mandates by state governments / Union territories cannot be said to be proportionate”.