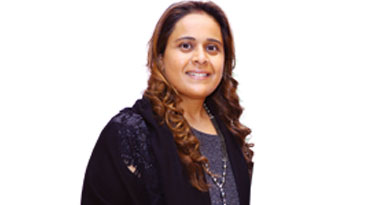 While the Social Services sector in the country is in dire need of attention and consideration for its upliftment from the corporate sector and the government, Ritu Chhabria, Director – Finolex Industries and Founder/ Managing Trustee – Mukul Madhav Foundation feels that the implementation process and getting permissions from local bodies slows down the pace of many social projects in India. Throwing light on this, she tells SPOI of how MMF along with Finolex Industries is trying to work for societal good –

Could you trace the journey of Mukul Madhav Foundation and how instrumental has been your role in its growth journey?

Mukul Madhav Foundation (MMF) was started in 1999, with a vision to provide quality education and accessible health care facilities, as I always felt these were the two key areas which required immediate attention in India. Over the years we took on many new initiatives and branched out to even cover women empowerment, water, sanitation and social welfare projects. Today, we handle over 20 different projects simultaneously while also managing the CSR funds of Finolex Industries Ltd. When the CSR mandate came through, it felt like the perfect relationship to join hands and we became CSR partners of Finolex in 2014.

Working for our society and for those less privileged than others truly requires dedication and motivation, and I am happy to say that I have been blessed to have a team that supports me and my endless works at MMF! As a policy, we never take on a project as just a one-time initiative but ensure we are there till the end, till the beneficiary needs us. My role as the Managing Trustee has never been limited to just being behind a desk but I am personally involved in every project that we take-on at MMF. I think it has been a symbiotic relationship with my NGO, where I have helped some projects and many have taught me back.

Could you share some of the recent initiatives of the Foundation, of how it is shaping the path for CSR to evolve?

I feel the wonderful aspect behind making CSR mandatory is that many companies truly want to do more for society but do not have the time to look into smaller details and find those who truly need them. With an interface like that of an NGO working directly with beneficiaries, we channel these funds and ensure they reach the right individuals.

Over the last 1 year, we have taken up an initiative in Satara district of Maharashtra, to help children with Cerebral Palsy. Being a life-long and irreversible condition, these children are neglected and often not even correctly diagnosed. We were shocked when we received an appeal from the local Government of Satara claiming they have 314 children with this condition in their district. MMF & Finolex immediately decided to intervene here and over the year have brought about tremendous change. We began by distributing specially imported wheelchairs, portable commode chairs and specially designed Cerebral Palsy chairs, conducted assessment camps with expert doctors from Pune, brought children for orthopaedic surgeries and sponsored 80% of the cost and have now set-up taluka level rehabilitation centres to help them avail of physiotherapy and speech therapy. In this whole project, we have taken the local Government body with us to help us reach every household in the village and bring out these children to light. Today we have identified 507 children in the district with Cerebral Palsy.

In this project, we have a good blend of the company’s resources, my NGO MMF’s personnel and the support of mobile teachers and block coordinators from the Zila Parishad. A combination of corporate, NGO and Government is the most effective and efficient strategy, which I feel is a path for CSR to evolve.

Have you faced any challenges during the implementation of social projects?

Challenges are faced at every step in a project; let that be raising funds for a cause, gaining trust within a community, social stigma and the root cause being uneducated masses. For instance in the project mentioned above, we felt a lot of time is being wasted in Government procedures to get permissions. Even though Finolex and MMF have the right motive and all the resources required to help these children, it took us a long time to convince local authorities and the Zila Parishad officials. We are still fighting to get a space in other talukas to begin rehabilitation centres immediately. Even though the central & State Government sanctions budgets, there is a huge delay in the money actually reaching the local bodies and in this, months are wasted and condition of these children is getting worse.

My recommendation would be to merge and create a committee with a Government, Corporate and NGO representative, to speed up this process perhaps. Also the committee can oversee spends but this has to be on a more regular basis than a yearly or 6 monthly review, as is usually the case.

Time is of the essence and when a person is in need of help, he needs it now! Understanding this is crucial.

I would not comment much on quality of social service practices of other organizations; however we at MMF only believe in quality and not quantity. So even though our projects have not reached millions, it has made a world of a difference gradually in lives of thousands. We may not participate in a World Handwash day where a million kids come together as a one-time event and it is perhaps forgotten, but we implement sanitation in every school we are associated with on a continued basis.

Generally speaking, what are the loopholes that hinder the growth of CSR in the country? How far is govt. intervention important in it?

The biggest loophole I feel is that Companies who have multi-crore budgets do not know where to utilize them and eventually at the end of year direct all their funds internally or towards the PM fund. So they feel they are saved for the day but these funds actually could have been put to much better use. Apart from just setting standard areas and criteria, the CSR committee of India could perhaps begin short listing projects and existing NGO’s who have been working and put them out in the open for corporates to pick and choose. So these projects will already be verified and sanctioned by the Government itself.

As mentioned previously, Government intervention slows down the implementation process; however it is crucial if we are working with local communities directly, as we cannot deny that villagers have more faith in their panchayats and local bodies than an outsider who walks in with a good intention. But there should be a blanket approval given to a corporate perhaps to work in a community in general, so for every small step we do not have to waste time and energy.

What percentage of investment goes into CSR annually for Mukul Madhav Foundation?

Finolex Industries appointed Mukul Madhav Foundation as their CSR partner in 2014; however even before this formalization, they have been supporting projects of MMF. Annually the Company has spent over the 2% margin, which is almost Rs. 3 Cr. In 2016-17, we have taken up a big project of setting up a 60 bedded fully equipped NICU (Neonatal ICU) at Sassoon General Hospital, Pune, which will take up the CSR spend to almost 4% of their turnover.

The Company however has not been governed by the mandate but willingly spends towards the society if they find the need to do so. This is a message Finolex would like to spread to all other Corporates that don’t work for the society only if you have the budget, but take on projects in all areas to help as many as you can. The CSR policy allows spend in 12 areas and I am very happy that with all our projects, we are actively working in almost 8 of them. We have never turned down a project because it does not align with our policy! If any genuine person or project needs our support, we are happy to partner with them.

As a board member of Finolex heading the CSR department, we have quarterly board meetings where CSR projects are discussed as a separate area and reviewed.

Could you share some of the major learning from your years of running successful CSR campaigns?

My biggest learning through the years of working in the social service sector has been that you will not achieve anything if you don’t ask! I feel no hesitation in asking people personally to contribute every time I meet them at a dinner or an event! Also, I am a true believer in the “Share the load” concept so I bring together as many people as I can in a project. For instance we helped renovate the premises of an orphanage in Wagholi, Pune which houses over 400 children, by sending a simple appeal to my friends and people from all over contributed in the range of Rs. 5,000 to Rs. 5 Lacs! Together we can achieve much more!