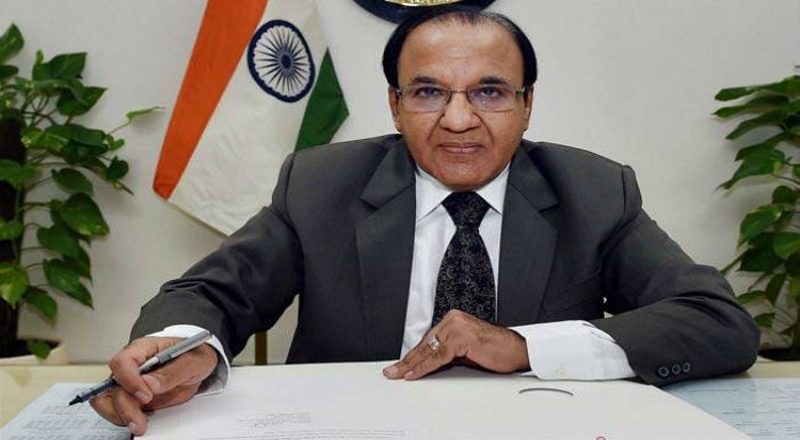 After taking charge, Shri Joti spoke about the priorities of the Commission and said that the Commission shall pursue vigorously its commitment to hold free, fair, inclusive and credible elections throughout the country.

The Commission will also pursue its mission to ensure that “No Voter to be Left Behind”. The Commission shall also actively promote e-Governance for holding of elections to the State Assemblies and Parliamentary Elections in the country, he added.

Shri Joti has served as Election Commissioner since 13th May, 2015. During his tenure as Election Commissioner, State Assembly elections in the States of Bihar, Assam, West Bengal, Kerala, Tamil Nadu, Pondicherry, Uttar Pradesh, Punjab, Uttarakand, Manipur and Goa were successfully conducted. Some of the initiatives undertaken during these elections are IT initiatives including the one for service voters through Electronically Transmitted Postal Ballot System (ETPBS), along with National Voter Service Portal (NVSP) –an e-portal for easy registration of eligible voters, voter awareness and educational initiatives and stringent expenditure monitoring mechanism etc.

Shri Joti before joining the Election Commission of India, has served the nation as a long time Civil Servant of Indian Administrative Service (1975 Batch). He has a rich experience of Public Administration of 42 years. During his distinguished career, he served as DM and Collector of many Districts. He held various significant assignments as Secretary (Water Supply), Secretary (Industries), Principal Secretary (Finance), along with serving as the Chairman of the Kandla Port Trust, on Central Government deputation with Ministry of Shipping, Government of India, between 1999 and 2004, as the Managing Director of the Sardar Sarovar Narmada Nigam Ltd (SSNNL) and Additional Chief Secretary (General Administration Department). Shri Joti superannuated as Chief Secretary to the Government of Gujarat in January 2013 after completing three-year tenure.