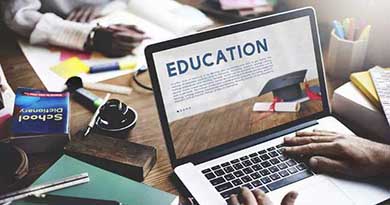 With the approaching Lok Sabha elections for the year 2019, one can anticipate the string of controversies that are going to sprout like weed in near future in addition to all the ones which have already engaged the masses like, the ongoing hunger strike, political parties taking pot shots, blaming each other for bad governance and finding faults with reservation policies.

The reservation system in modern India has become a political weapon to draw votes and brainwash youths. However, saying that reservation is not needed now would also be a great misunderstanding. The caste-based quota scheme was supposed to be a corrective measure taken to save the lowest communities in India such as Dalits (untouchables) against the atrocities and crimes from the upper caste fascists and to give these depressed classes a fighting chance to improve their lives by providing them with a head start in the fields of education and employment.

The practice of caste in our country dates back to the Vedas, yet the measures to tackle this outrageous system weren’t taken until later in the 18th century. The revolt of 1857 forced the British raj to take notice of the separation of the classes within Hindus, a social order based on caste. Gradually, by 19th century, caste system became a nation-wide phenomenon, people from neglected classes who were referred as ‘untouchables’ came out in groups and organisations demanding their long due upliftment. Caste system was abolished in 1950 and reservation was made a constitutional right but the discrimination based on caste still continues to be a pressing issue, even after 72 years of independence.

The failures of caste-based reservation in contemporary times do not prove that it has run its course, the complications and setbacks occurred due to dirty politics and some selfish well-off minority classes who take advantage of the system by playing the caste card. The root cause of backwardness of rural India is discrimination and poverty. An umbrella can only protect you from getting wet but it cannot stop the rain, similarly reservation system cannot end racial bias and prejudice by itself.

As of now, if the general perception of Forward Communities in India is to be considered, then the need for caste-based reservation in true sense is incessant and it should be replaced with a reservation criterion based solely on economic condition irrespective of caste, creed or religion. But how likely is that to happen and even if it does, will it really cure what’s wrong with the quota system? Or do we choose to ignore the real cause, the caste system itself that gave birth to poverty and caste-based discrimination in the first place.

The real reason why rural populations of SC, ST, OBCs and Muslim minorities are still poor, uneducated and underdeveloped because the usual solutions of our governments do not strike at the cause (caste system), but the effects (poverty, illiteracy, etc.). Ergo, bringing reservation only on the basis of economic criterion won’t help change much as treating effects is hardly a cure, just short-term relief.

Moreover, issues will arise in proving “true” economic status of individuals as the status may change, vary or can be faked by unfair means (false Income Certificates). Also, purchasing power doesn’t necessarily mean equality; there are places in Indian that have barred Dalits from using same razor and chair as used by upper castes. Upper cast children in schools don’t sit with the children from lower ‘untouchable’ castes.

Rationally thinking, the real divide in our society is not religious or economical, but in skilling and education. When resources are limited, people tend to fight for them. The affluent and powerful take hold of the weak and force them to subjugation. Then policies are formed to represent the underprivileged sections of society, i.e., reservation so that the distribution of resources becomes somehow equitable. In other words, the number educational institutes in our country is just not sufficient for the rising population of youth and then we are also the democracy with the highest youth population in the world.

The need of the hour is “skilling and education” for those factions of society that live under abject circumstances. The cut throat competitions in schools and colleges in cities and suburbs only accommodate a small fraction of students from suppressed castes. Countryside and villages are devoid of proper schools and eligible teachers. We need more schools, more institutes, more colleges, more teachers, more support from the government and the people alike.

The only way to truly annihilate casteism is through education and better skilling of youth for tomorrow. But sadly, the quality of education in Indian institutes have been degrading; skill building remains absent from school curriculums, the cost of education is sky high in private institutes and government institutes/colleges are proving to be incapacitated against the rising number of aspirants each year.

Caste-based discrimination can be curbed provided equal facilities and infrastructure are provided to all the people in every area of the country, all that is needed is sincerity in government ‘s efforts. But the real growth and development of suppressed classes would be achieved through skill building. Schooling is a life lesson whereas skills enable you to make a decent living. With proper skill sets, youth can become self employed by starting their own businesses and professions rather than running for government jobs.

Online skill assessment platforms, like Youth4work, are working towards skilling the youth in remote parts of rural India by providing eLearning technology through smart phones. The user-friendly interface of the technology, which is also available in regional languages, makes learning easy and free. The number of smartphone-internet users in rural India is currently at 186 million as per the Internet and Mobile Association of India. Youth4work has signed MoUs with AICTE and Haryana government to help youth realise their true potential. But to make a real difference, we need more engagement and involvement from other state governments; our aim is to reach to the youths in farthest of places in India.