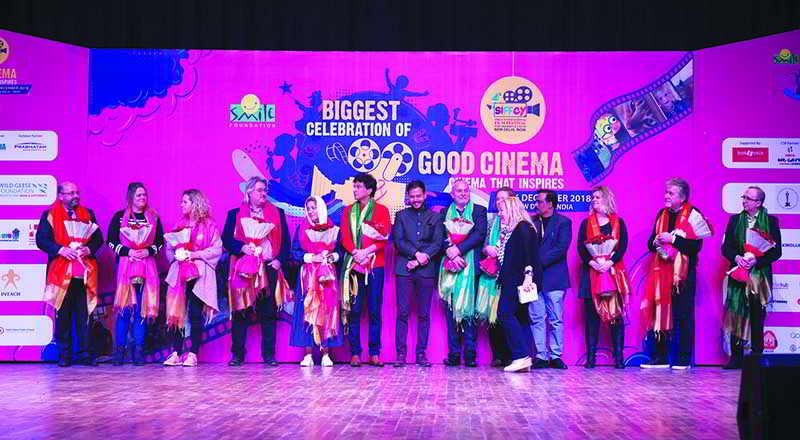 Smile Foundation is organizing the 4th edition of the Smile International Film Festival for Children and Youth (SIFFCY) from 10th-16th December, 2018 at Siri Fort Auditorium in New Delhi. The film festival, held annually is a special film platform devoted to a greater appreciation of meaningful cinema made for children and youth. It showcases only films with substance, support emerging filmmakers having ideas for value based films & recognize the leaders/promoters of this industry for highlighting the diverse perspectives of Good Cinema through their films. 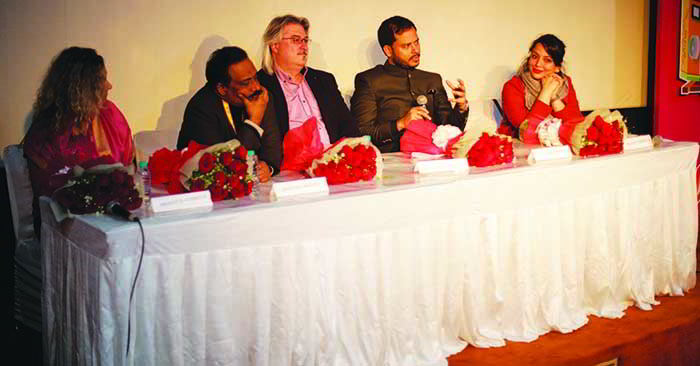 The gala event was inaugurated at the Siri Fort Auditorium, New Delhi, in the presence of Marketa Pasmova, Artistic Director, Zlin, one of the oldest Film Festivals, Festival Board Member of European Children’s Film Association; along with Santanu Mishra, Executive Trustee of Smile Foundation and Chairman – SIFFCY and Jitendra Mishra, Festival Director – SIFFCY. 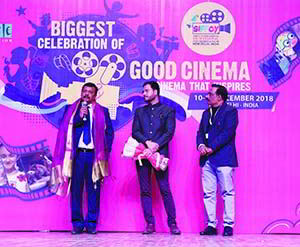 A total of 150 acclaimed movies from 30 countries were screened at this year’s festival. The first film that got screened on the day of inauguration was Pahuna, made in the Nepali language and directed by Paakhi A Tyrewala.

The films selected for viewing for SIFFCY are based on their content targeting the issues in the society that are pertinent in the holistic development of the children. It is a very viable medium to engage, and sensitize the children towards social issues of gender equality, empowerment, poverty reduction and hunger.

SIFFCY is therefore another initiative of Smile that is aligned to the SDG goals (Goal 3, 4 and 5 – Good Health, Value Education, and Gender Equality). Many of our films also highlight climate change issues, which are linked to SDG goals for Sustainability (climate change Goals – 11, 12, and 13). The films are therefore a medium for reinforcement of behavioral change communication in children regarding their perception on various social issues. Our films also focus upon the issues of rigidity and stereotypes in male and female roles, and the limited opportunities for women in engaging and as actors in various fields. Films thus become a viable medium to address these lacunas in the system.

SIFFCY has also been conferred the honour this year to introduce the prestigious European Children’s Film Association (ECFA) Award category at its 2018 edition. Smile Foundation is committed to work towards the upliftment of underprivileged children and their families.

The foundation is involved with communities over a decade towards making difference in their lives. 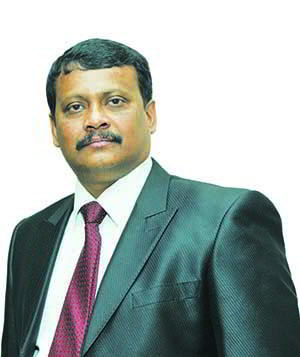 The Foundation with the support of SPO India has also organized a Sustainability Conclave 2018 as part of SIFFCY on 14th December. The conclave hosted a series of panel discussions with leaders from CSR world and representatives from development sector and the topics of discussions were Tech 4 Good, Women Empowerment: Past, Present and Future and Aligning CSR to achieve SDGs. The idea of the panel discussions was to showcase the innovations in the development space and promote a dialogue between the implementers and funders.

A very diverse and esteemed Panel members from Corporate, NGOs and INGOs, will initiate discussions to touch upon topics of technology, women empowerment and alignment of CSR & SDGs. Thus the event will have a very diverse participation from both Corporate and development sector with an aim to synchronize the efforts of both for breaking the poverty cycle.

The Panelists shared their experience as well as best practices to the audience. The discussion by the Panelists focused on strategies for increasing investments into unique projects by the Corporates, directly addressing the SDG goals. Smile has always believed that Investment into innovative ways of tackling sustainable developmental challenges, and an active and holistically planned CSR programme targeting the SDGs, is the most way effective way of social impact creation. We also believe that major contribution is not only limited to the capital, but also their research, resources, technology and innovation.

The success of SDGs heavily depends on the action and collaboration with business and civil society. SDGs present an opportunity for business led solutions and interventions focusing local sustainable development. Therefore this Sustainability event was an initiative to harness intellectual discussions and build thought leadership on pertinent subjects related to of the stated SDG Goals for Poverty reduction, Education, Gender and Health. The role of technology in increasing the accessibility and affordability for the poor and addressing the SDG goals is crucial to discussion. We need to recognize that people at the base of the pyramid are open for technological innovation, and the private sector must recognize the needs to produce technologies.

Dr. Deepak Kumar Sahu, CEO & President – VARINDIA in his keynote address said that media plays a very big role in bringing news, views, analysis about sustainable development. “We believe that environmental sustainability is critical for economic and all global citizens. Also improving CSR investments for sustainability performance involves more than implementing solutions. It also involves revising business practices, instituting governance, programs, and managing change. We at SPO India brings alliance between government and corporates on the challenging steps towards sustainability. The private sector also plays a major role in engaging itself on the agenda of development.” 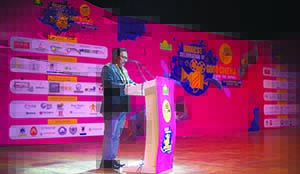 Shantanu Mishra, Co-Founder and Executive Trustee, Smile Foundation in his introductory speech said, “Through all these years, we have seen various forms of development. The business world is evolving and making tremendous strides in driving products and services along with technology and contribute towards the progress of the society. It was in the 1980s that sustainability came to be included as part of our core agenda in every aspects of our business life.”

Shrikant Sinha in his speech said a book that was published four years ago commented that there are four types of India and the fourth type of India was invisible India – people who do not exist in India. And that’s where it is felt technology could play a role and make these people visible and aware. That is what is meant by Technology for Good. “We always talk about the Digital Divides – the have’s and have not’s. But thanks to modern day disruptors like Jio etc. today connectivity has reached everywhere,” he said.

Amitoj Gill, Deputy Head Programmes, CAF India while opening the discussion said that it is very apt that today when we talk about sustainability, we should also include women empowerment and fostering entrepreneurship. Because there cannot be sustainable development unless one talks about equitable and inclusive development that also includes women. Women are effected a lot more than men in some ways because of the number of development challenges – be it the issues of poverty, health, food security, climate change. In most of these cases, women have the skills, ability and the ideas to contribute to meeting these kind of challenges. That is only possible if we create an enabling environment for them to do so. “It is also a well-known fact that when you enhance the income of a woman, she contributes for the well-being of her family and it eventually leads to long-term growth of the economy. According to a recent statistics and a study by the World Bank, if more women in India went into the workforce, India’s economic growth rate could increase by 1.5%. But the sad part is that there are not many women in the formal or organized workforce in the country. The percentage of men and women on the job front always remains 80:20.”

Avijeet Kumar, Chief of Operations – CAF India concluded in his speech by saying that there are a lot of developments happening after the CSR Act has come in. Companies are really gearing up to act. As a result, there are new rules, notifications coming in. But corporates also face a lot of challenges while taking up any such projects. “We know that CSR Act has happened for the first time for any country and the world is looking at us of how we perform. Because this is the first time that a legislation has been set up backed by a set of standards, we know that there is a hard task upon us to live up to everyone’s expectations. So a committee was constituted – the BIS under the chairmanship of Dr Bhaskar Chatterjee. CAF got the opportunity to form a committee which can sit with the old stakeholders and come out with draft standards.”