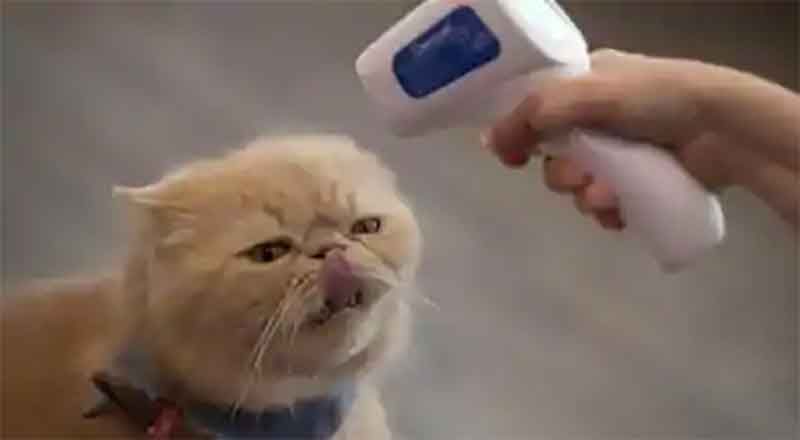 According to the published study in the New England Journal of Medicine, scientists in the U.S. and Japan report that, cats can easily become infected to SARS-CoV-2 (virus causing COVID-19), and can also pass on to the other cats.

The study, led by Yoshihiro Kawaoka, Professor of Pathobiological Sciences at the University Of Wisconsin School Of Veterinary Medicine, in which researchers administered to three cats SARS-CoV-2 isolated from a human patient. The following day, the researchers swabbed the nasal passages of the cats and were able to detect the virus in two of the animals. Within three days, they detected the virus in all of the cats.

The day after the researchers administered the virus to the first three cats, they placed another cat in each of their cages. Researchers did not administer SARS-CoV-2 virus to these cats.

Each cat shed SARS-CoV-2 from their nasal passages for up to six days. The virus was not lethal and none of the cats showed signs of illness. All of the cats ultimately cleared the virus.

“That was a major finding for us — the cats did not have symptoms,” says Kawaoka, who also holds a faculty appointment at the University of Tokyo. Kawaoka is also helping lead an effort to create a human COVID-19 vaccine called CoroFlu.

The findings suggest cats may be capable of becoming infected with the virus when exposed to people or other cats positive for SARS-CoV-2.

“It’s something for people to keep in mind,” says Peter Halfmann, a Research Professor at UW-Madison who helped lead the study. “If they are quarantined in their house and are worried about passing COVID-19 to children and spouses, they should also worry about giving it to their animals.”

Both researchers advise that people with symptoms of COVID-19 avoid contact with cats. They also advise cat owners to keep their pets indoors, in order to limit the contact their cats have with other people and animals.

Humans remain the biggest risk to other humans in transmission of the virus. There is no evidence cats readily transmit the virus to humans, nor are there documented cases in which humans have become ill with COVID-19 because of contact with cats.

“Animal welfare organizations are working very hard in this crisis to maintain the human-animal bond and keep pets with their people,” says Newbury. “It’s a stressful time for everyone, and now, more than ever, people need the comfort and support that pets provide.”

“Cats are still much more likely to get COVID-19 from you, rather than you get it from a cat,” says Keith Poulsen, director of the Wisconsin Veterinary Diagnostic Laboratory, who recommends that pet owners first talk to their veterinarians about whether to have their animals tested. Testing should be targeted to populations of cats and other species shown to be susceptible to the virus and virus transmission.

The study was supported by the U.S. National Institute of Allergy and Infectious Diseases and by the Japan Agency for Medical Research and Development.