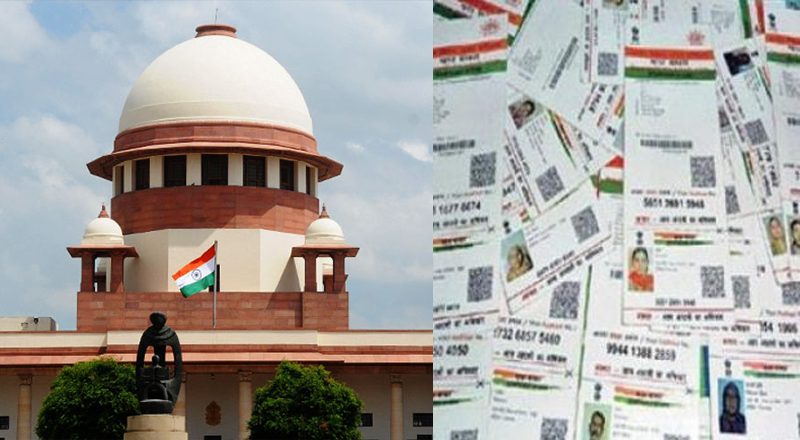 The top court has said that a biometric ID is mandatory for accessing social welfare schemes and subsidies, but till it decides on whether the government’s demand for Aadhaar to be linked to private and public services is a violation of the right to privacy, the 12-digit unique number given to each citizen does not have to be linked to other services.

Ever since Aadhaar was launched in 2009 to streamline welfare payments and reduce wastage in public spending, PM Narendra Modi’s govt. has been keen to mandate the use of Aadhaar for everything from filing income tax to the registration of mobile phone numbers and booking railway tickets. Aadhaar was then made mandatory for welfare, pension and employment schemes.

Raising concerns on its security, a group of petitioners have asked the Supreme Court to declare the government’s insistence on Aadhaar disclosure as a violation of the right to privacy. In August 2017, the Supreme Court ruled that privacy is a fundamental right, but made it clear that the decision on the constitutional validity of Aadhaar would be taken separately.