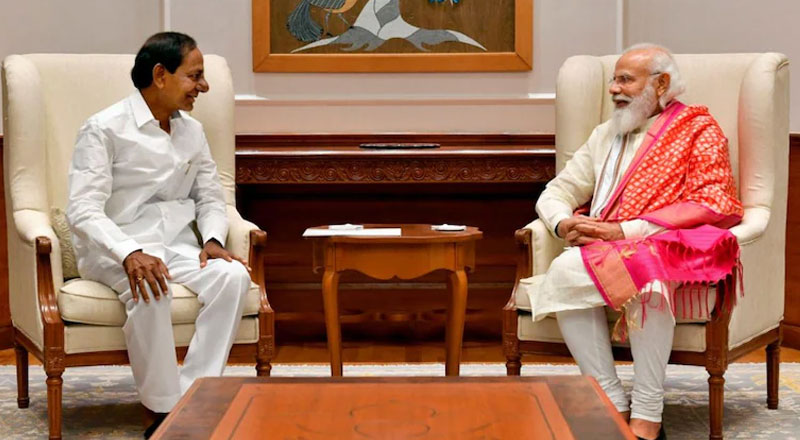 In his letter to PM Modi, Rao expressed strong protest against the proposed changes to the All India Services (Cadre) Rules, 1954. The chief minister said, “the proposed amendments militate against the federal structure of the constitution, both in letter and spirit. ‘’

The proposed changes in the IAS Cadre Rules will reportedly take away the power of states to override Centre’s request seeking officers on central deputation.

The proposed amendment seeks to unilaterally disturb the above position, with the Central Government assuming the power to take officers on deputation without the concurrence of the officers or State government concerned. This is a dangerous move which is against the constitutional framework and spirit of cooperative federalism,‘’ wrote Rao.

Earlier, non-BJP-ruled states like Kerala, Rajasthan, West Bengal and Tamil Nadu also wrote to Centre urging it to drop the amendments as they would go against rights of state governments.

Rao, strongly opposing the changes, wrote that the proposed amendments will also seriously erode the All-India Service character of the IAS, IPS and IFS.

According to Rao, if proposed amendments are effected by the union government the state governments would be ‘’reduced to be insignificant entities’’. He said that the present provisions of IAS Cadre Rules are adequate and ensure harmonious and balanced deployment of officers and demanded union government to cease from the proposed amendments in the interest of administrative fairness and federal polity of the constitution.