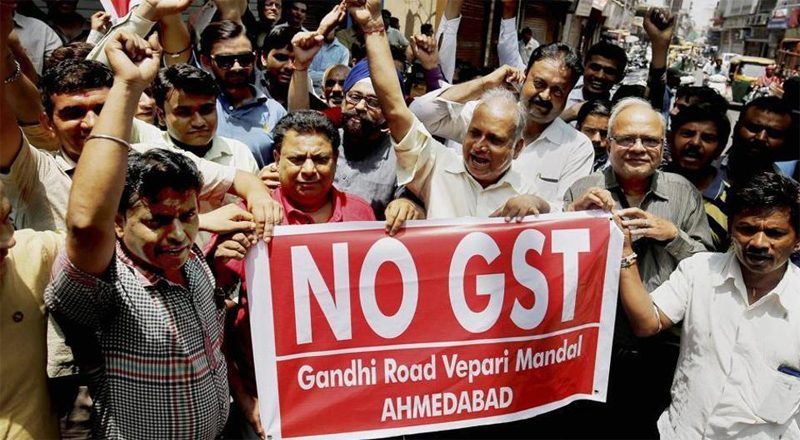 After imposing GST, the tension between the government and the textile traders has increased to the level of opposing GST on textile. Where Textile traders in Ahmedabad are already on an indefinite strike since Monday to protest against the new tax regime, Mumbai, which is one of the oldest and biggest textile trade markets in India will decide on Wednesday whether to go on a strike to protest against GST imposed on their trade. And merchants in Bhiwandi in neighbouring Thane district have already started their strike from Monday.

Traders in 13 wholesale markets in Mumbai went on strike last month as GST regime started including Mangaldas Market, Mulji Jetha Market, Swadeshi Market and Sindhi Market. They later withdrew it. The traders are against the GST levied at every stage of processing.

Speaking on the protest Sharadram Sejpal, spokesperson, Bhiwandi Power loom Association said, “Our power loom owners are uneducated and they cannot keep tab of every transaction. It is a cumbersome process and will make things difficult. We are not against GST, but it should be imposed on the yarn itself in the first stage, instead of levying it at every stage. Because from the yarn to the final sale of cloth, there are 18 stages like sizing, weaving, dyeing, printing, transport at which GST is being levied.”