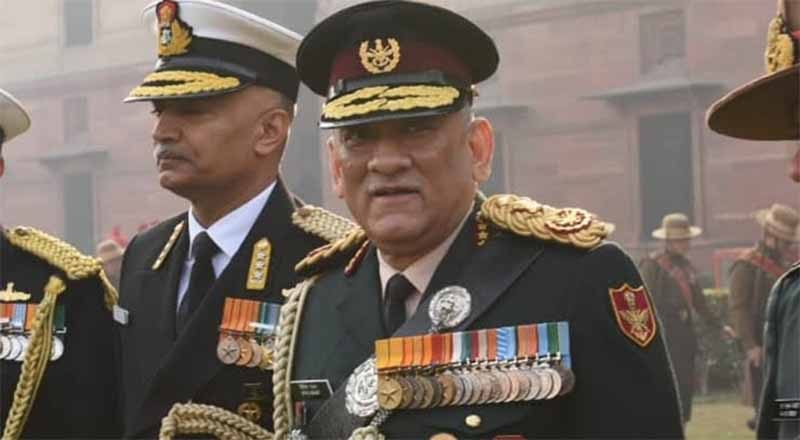 After taking on the position of Chief of Defence Staff, General Bipin Rawat said that his head was feeling “much lighter”. To integrate the three wings of the armed forces and trim the weapons procurement process, the government has created this new position.

In a press meet on New Year’s day outside his South Block office, General Rawat said, “My head is feeling lighter because I have had to take off that so-called angled Gorkha hat which I have been wearing for 41 years”.

He pointed towards his cap and said he has come back to the peak because the peak cap which he was wearing indicates that they are neutral. He elaborated, “The CDS will remain neutral. He will be neutral to all the three services, within his own service, and therefore my head is certainly feeling lighter.”

Now all the chiefs of Army, Navy and Air Force will report to the Chief of Defence Staff, whose post the authorities have described as “the first among the equals”.

The insignia of the Chief of Defence Staff draws elements from all the three wings of the armed forces, complete with an eagle (signifying the Air Force), two swords (Army), an anchor (Navy) and the state emblem encompassed by a laurel wreath. Going by the images shared, the insignia will feature on the buttons, belt buckle and peaked cap worn by the top military official.

The ministry through its public information wing has provided a sneak peek of the uniform of the Chief of Defence Staff.

As the CDS, General Rawat would be in direct contact with the Prime Minister on security issues and head the Department of Military Affairs.