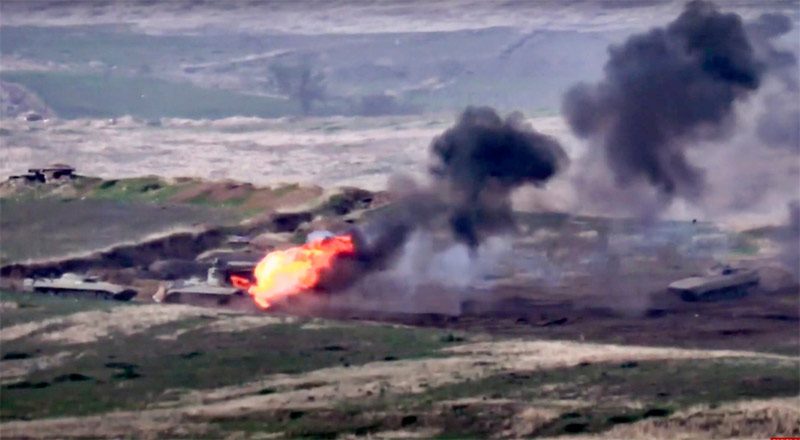 As you have most probably heard already, there has been a serious escalation of the Nagorno-Karabakh conflict between Azerbaijan and Armenia. On September 27, Armenian military forces started shelling the positions of Azerbaijan. In response, the Azerbaijani side launched counterattack operations, which have been going on for 3 weeks now.

The current war dates back several decades. As a result of military operations started by Armenia in late 1991-early 1992, 20 percent of the territory of the Republic of Azerbaijan was occupied. This military aggression and occupation left more than a million Azerbaijanis internally displaced, while thousands of people were killed, wounded and left disabled.

The occupied Nagorno-Karabakh region and seven adjacent districts are recognized as part of Azerbaijan under international law. These territories are usually wrongly referred to as “disputed”, but in fact they are occupied, as is stated clearly in 4 resolutions adopted by the UN Security Council in 1993. These demand the immediate, complete and unconditional withdrawal of the occupying forces from all occupied areas of the Republic of Azerbaijan, and you can search for them easily on the internet.

To make the situation clearer, consider that a large territory recognized as part of your country is taken away from you, leaving hundreds of thousands of its residents without homes and unable even to visit the graves of loved ones. Azerbaijan has been carrying out military operations only on this, its own, territory and has not conducted a single attack on the territory of Armenia itself.

Unfortunately, for the last 30 years no peaceful solution has been reached and there have been periodic bouts of fighting, the most serious of which was in July 2020 and left 16 people dead on our side.

Recently, a humanitarian ceasefire was announced to start on October 10. However, on the night of October 11, Armenia chose to shell Ganja, the second biggest city of Azerbaijan, home to 500,000 people, and located some 60 kilometers away from the conflict zone. As a result, 10 civilians died, while more than 40 people, including children, were injured, raising the civilian death toll to 42.

All Azerbaijan wants is to end the military provocations by Armenia that have been going on for more than 30 years, accompanied by continued attacks on our lands far from the conflict zone. Standing by international law, we wish to return our citizens deprived of their homes to our lands and restore peace in the region once again.