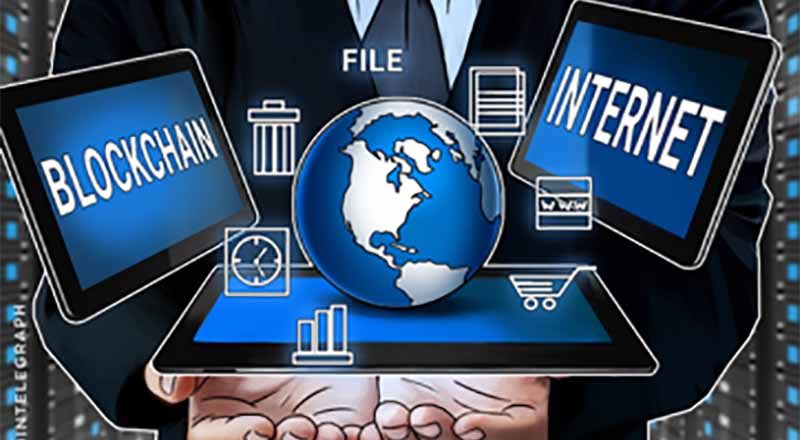 “The computer of the future will be as portable as your watch and as personal as your wallet. It will recognize speech and navigate streets, collect your mail and your news.”

I wrote that in 1990 in my book Life After Television.

Seventeen years later, the iPhone was announced in California to the amazement of the world.

How did I know that smartphones would exist almost two decades before the first device launched?

Simple. I followed the advice of Caltech’s Carver Mead: “Listen to the technology and find out what it is telling us.”

The iPhone has become so mainstream that I see 3-year-olds brandishing the devices like action figures or toy dolls.

Well, based on what I’m hearing in the technology world today, the next phase of growth will involve a complete restructuring of the internet.

And it’s the basis for my newest book Life After Google, a title that happens to feature what I believe to be the first casualty of the new internet infrastructure.

A New Paradigm is About to Emerge

No one can argue Google’s impressive growth. It grew a company from nothing to a $700 billion market cap behemoth.

It has dominated in the world of search and cloud computing.

We live in the Google era. There’s no doubt about that. But that era is coming to an end.

I chose Google to highlight the problems with the current internet infrastructure because the company is fundamentally flawed.

Indeed, we already know that its advertising business is not sustainable.

Did you know that 30% of your payments for smartphone services go to download ads that you don’t want to see? And only 0.06% of these smartphone ads are clicked on?

According to surveys, 50% of these clicks are made in error. That means only 0.03% of ads are actually desired.

This is a catastrophe.

And it’s not a viable business. Google is coming to the end of the line in smartphone advertising.

Of course, advertising isn’t Google’s only business. It also offers search and solutions — where, through artificial intelligence and the company’s increasing accumulation of big data, it can answer all your questions.

But that is where Google becomes downright delusional.

In my book, I call Google out as “neo-Marxist.”

The key error of Marxism was Karl Marx’s belief that the Industrial Revolution of the 19th century was final attainment. That the problem of productivity and wealth creation had been solved forever.

And from then on, the only challenge would be how to distribute wealth, rather than how to create it.

What does this have to do with Google?

Google believes that its artificial intelligence, its machine learning, its robotics, its algorithmic biology, its search, itssolutions, constitute a new final achievement of human beings.

In fact, I’d take it one step further. Google’s Marxism is even more grandiose than Karl’s original vision.

Google imagines a singularity where the machines will eclipse the human minds and allow all of the rest of us to retire on beaches and collect a guaranteed annual income.

In other words, robots are running the world. While the leaders of the revolution — like Sergey Brin and Larry Page — fly off with Elon Musk to some remote planet in a winner-take-all universe.

Again, this is delusional.

And not just because of the diminishing returns of big data. (The cost to store all of that data vs. the profits it generates.)

The flaw I’m talking about involves the human condition.

Machines Will Reach an Insurmountable Limit

You see, these big cloud data centers and artificial intelligence can only address a deterministic problem. Meaning the outcome is always determined by inputs. There can be no surprise. No entropy.

A deterministic problem can be solved by a machine. But they are irrelevant to information.

Ultimately, information is defined by surprise. It’s unexpected bits. And surprise is the essence of human creativity. Surprises in a machine represent a breakdown. It’s bad news when your machine starts  surprising you.

Of course, Google people try to simulate creativity in machines by introducing randomness to the machines. And they pretend that that is inherently creative. But they’re subtracting information rather than adding it.

Machines do not essentially think. They don’t know anything. There are systems of gates, of dumb components. They lack this creativity which is epitomized in only unexpected bits. The surprising results that human minds and imaginations can generate.

Google believes that with big data, it can predict everything. All the answers can be extracted from the company’s aggregations of big data.

But imagining that some technology that you’ve come up with is the final technology — one that will end the human adventure — is absurd.

Indeed, Google’s era will come to an end. Sooner than many think.

But what comes after?

What will be the new backbone of the internet that allows for spontaneity and creativity to flourish once again?

The blockchain. Yes, the same technology you associate with Bitcoin now.

Blockchain and related cryptographic technologies are about to lead a creative insurgency — one that will provide several profitable opportunities in the months ahead.: Activepost