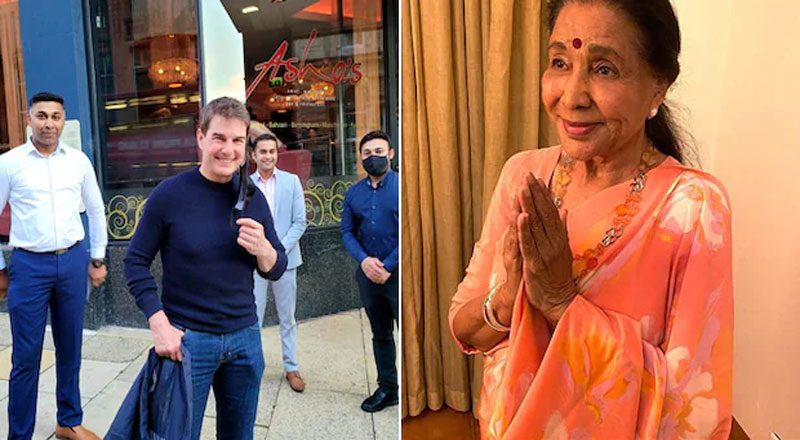 Hollywood superstar Tom Cruise, who is shooting for ‘Mission: Impossible 7‘ in the UK, landed by helicopter in a family’s garden in Warwickshire as Coventry Airport was temporarily shut.

The family was reportedly told a VIP had to land but they had no idea that it would be Cruise. The actor gave the family a ride in his helicopter.

Tom Cruise has a voracious appetite for making movies – and now the same can be said for his love of Indian food.

Cruise reportedly spent two hours at Asha’s at 12-22 Newhall Street on Saturday night, August 21, while taking a break from shooting Mission: Impossible 7 in the Midlands.

Asha’s general manager Nouman Farooqui was delighted when his all-time favourite, real-life action man loved his chicken tikka masala so much that he ordered a second portion.

Nouman said the party was sharing meals – so fact that Tom enjoyed what he’d had of his first chicken tikka masala led him to ordering a second portion.

“Tom asked for it to be served with extra spices and he really liked it.

“Once he’d finished it he ordered a second portion. The restaurant tweeted while sharing a picture of Cruise standing outside.

The 87-year-old singer took to Instagram and shared a picture of the “Mission: Impossible” star outside her restaurant, ‘Asha’s’.

“I was very happy to hear that Mr Tom Cruise enjoyed his fine dining experience at Asha’s (Birmingham) and I look forward to him visiting us again soon,” Bhosle captioned the photo.

Asha Bhosle wrote, “I was very happy to hear that Mr. Tom Cruise enjoyed his fine dining experience at Asha’s (Birmingham) and I look forward to him visiting us again soon.” The report features a picture of Cruise leaving the restaurant.