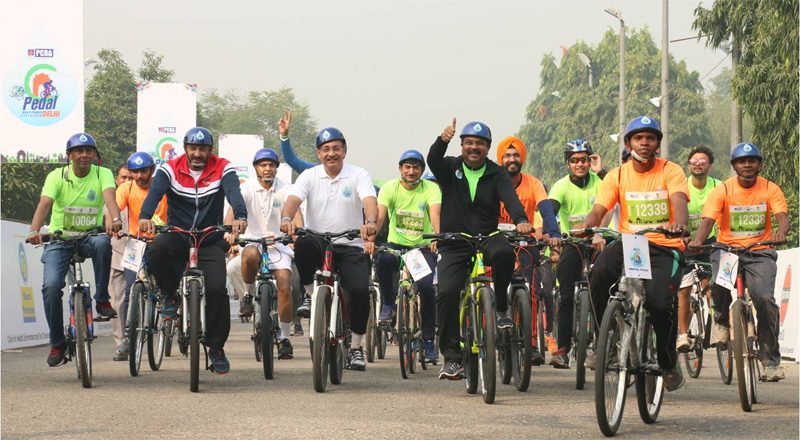 In Indore, The Union Oil Minister Dharmendra Pradhan rode a bicycle at “Saksham Cyclothon” to send the message of save fuel and environment. The Petroleum Conservation Research Association (PCRA) and the Indore Cycling Association (ICA) claimed that nearly 30,000 cyclists participated in the event.

On the occasion, Pradhan said cycling promotes healthy life and also helps in conservation of energy.

“Prime Minister Narendra Modi has appealed to the countrymen to save energy,” he said.

Pradhan said PCRA and ICA would shortly sign a memorandum of understanding (MoU) for the promotion of cycling throughout the year in the city.

BJP general secretary and Cycling Federation of India (CFI) chairman Kailash Vijaywargiya and others also rode bicycles at the event.

Pradhan said that his Ministry is trying to bring petrol and diesel under the purview of the Goods and Services Tax (GST).

“We are trying that petrol, diesel and kerosene should also come under the ambit of GST. We are hopeful that the GST Council will agree to it shortly,” the Petroleum and Natural Gas Minister.

Responding to a query, the minister said the spike in petrol rates in the international market has impacted the cost of the fuel in India. “Besides, the state governments too levy cess on petrol,” he said.