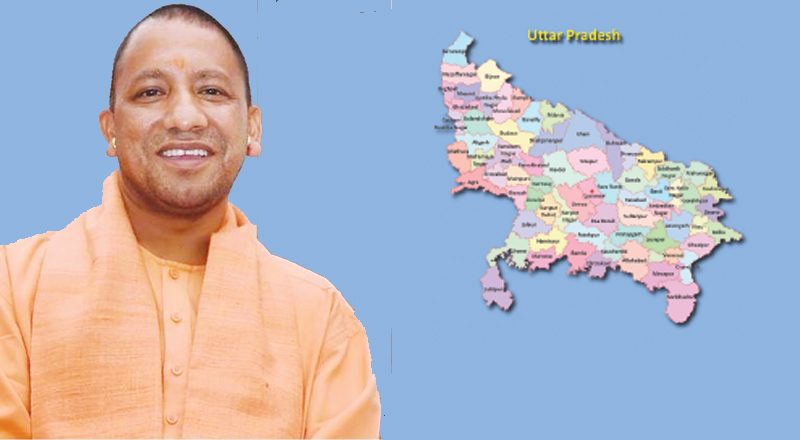 The roadmap designed for UP by its Chief Minister Yogi Adityanath is close to becoming a reality. From the techniques that the state could embark on to move towards development and become a modern state to attracting investors to Uttar Pradesh to invest in development projects in various sectors, the roadmap finds mention of every such detail.

Last year Niti Aayog has been asked by the Prime Minister’s Office (PMO) to provide a blueprint for development and transformation of Uttar Pradesh, where BJP won the assembly elections with a thumping majority in March of the same year. It is just one year completed by Yogi Adityanath, and the results are there for everyone to see. Regular feedback have been taken on the development programs and strategies to be adopted to improve the social as well as economic indicators from officials of the state government to form a collective agenda.

“Today, there is a great improvement in the law and order situation; earlier one was scared to come to Uttar Pradesh but today the public is feeling relief,” Railway Minister PiyushGoyalsaid once at an event in Noida.”Uttar Pradesh is not backward anymore, it has begun its race on the path of development. Investors will now find a different Uttar Pradesh than it was before,” he added.

Uttar Pradesh is the growth engine of India and is the country’s third largest economy growing at a fast rate.

CM Adityanath termed the vending machine as an innovative idea towards cleanliness. It’s a part of Prime Minister Narendra Modi’ Swach Bharat Mission, he added. The vending machine enables the residents to dispose their dry garbage and get money in return. The vending machine is on an experimental basis and will be installed state-wide if it turns out to be successful. This is a natural approach to attract and to make the mission a success.

The UP chief minister also said his government was working to give a new dimension to the state’s economy. “No one was interested to invest in the state as jungle raj and nepotism were prevailing here. We first established a rule of law here in the state, gave a conducive atmosphere to investors, and then hosted the two-day investors’ summit. More than 35 lakh youngsters will get jobs.”

He further added that Uttar Pradesh is witnessing development after 15 years, while also speaking about the ‘one district, one product’ scheme to promote products indigenous to every district, and said it would generate 20 lakh jobs in the next three years.

• SpiceJet flight between Gorakhpur and Delhi -Uttar Pradesh Chief Minister Yogi Adityanath also formally launched SpiceJet flight services for Delhi by flagged off a Boeing plane, which will carry 189 passengers plane and will take 80 minutes to reach Delhi at the cost of @ Rs. 2,999 /.On the occasion of Navami, the chief minister performed puja at the Gorakhnath temple, of which he is the head priest.