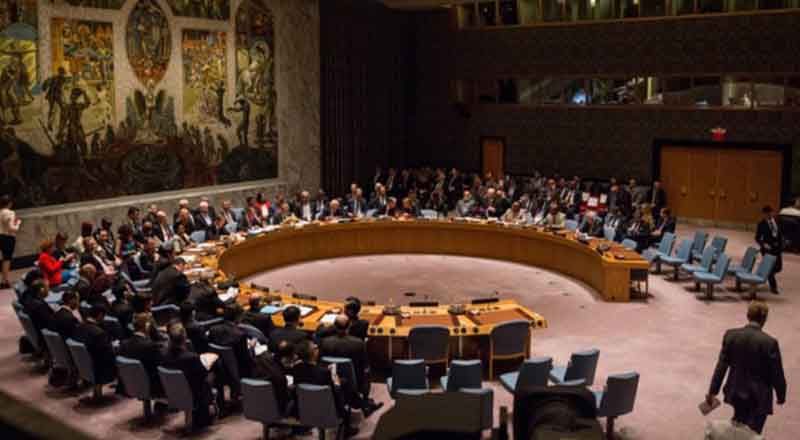 The draft proposal prepared by Estonia highlights “growing concern about the unprecedented extent of the COVID-19 outbreak in the world, Estonia said the outbreak threatens international peace and security. No one can deny the fact that  China  is being held responsible for the Wuhan Coronavirus outbreak throughout the world .

China is  not allowing the global issue to be discussed in the United Nations Security Council (UNSC). Many countries want to pass a proposal on the global issue but China is constantly putting obstructions.

Coronavirus has already claimed thousands of human life across the world, the United Nations have been failing in discussing the epidemic yet because of veto by China. The pandemic that broke out in Wuhan province of China has infected more than 6.00 lakh people around the globe. But the intergovernmental body United nations hasn’t started discussions over this serious problem. Neither the United Nations General Assembly of 193 members, nor the 15 member UN Security Council has discussed the matter yet. A question is on what stops them to discuss on this issue.

The draft proposal prepared by Estonia highlights “growing concern about the unprecedented extent of the COVID-19 outbreak in the world, which may constitute a threat to international peace and security.” The draft also calls for “full transparency” over the outbreak, which clearly refers to growing criticism that China is hiding vital details about origin about the Virus, making China uncomfortable over the terminology of the draft.

US president Donald Trump has been alleging that China is misleading the world on the issue. Non-permanent member South Africa opposed the draft first, and later China and Russia also blocked it, reports say.

Another important aspect here is that China is the President of the UN Security Council for March. The President decides what issues will be discussed in the UNSC. Although the term of President changes every month, as a permanent member China has veto power so it can continue to block the issue to be taken up by UNSC.

A million dollar question is on why China was reportedly unwilling to address the “transparency” part of the proposal ? It remain unanswered.