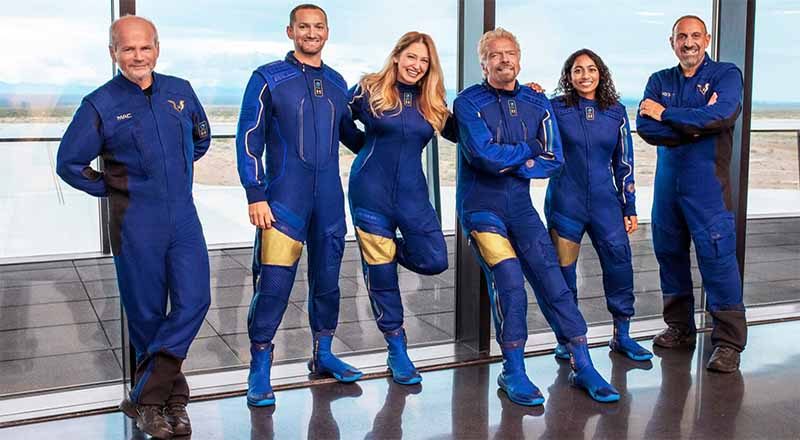 Branson will be making the trip to space on July 11, depending on weather and other factors, the company announced on July 1. With this launch window, the flight may happen just before Blue Origin’s launch of its New Shepard suborbital vehicle, which is scheduled for July 20.

He said, he would be flying to space on Virgin Galactic’s next test flight on July 11. And when he goes, Branson would become the first billionaire to do so, as fellow billionaire and Amazon founder Jeff Bezos has his trip planned only nine days later on July 20.

“I’ve always been a dreamer. My mum taught me to never give up and to reach for the stars. On July 11, it’s time to turn that dream into a reality aboard the next @VirginGalactic spaceflight,” Branson announced in a tweet.

The six-passenger, two-pilot VSS Unity, one of Virgin Galactic’s SpaceShipTwo vehicles, flies brief missions to suborbital space. This will be the 22nd flight test for VSS Unity (hence the mission’s name) as well as the company’s fourth crewed spaceflight — and the first ever to carry a full crew of two pilots and four mission specialists, which include Branson, the company announced in the same statement.

In addition to Branson, the crew will be made up of mission specialists Beth Moses, Virgin Galactic’s chief astronaut instructor, who will serve as cabin lead and test director for the mission; Virgin Galactic lead operations engineer Colin Bennett, who will evaluate equipment, procedures and the experience during the mission; and Sirisha Bandla, the vice president of government affairs and research operations at the company, who will evaluate the research experience aboard the mission with an experiment from the University of Florida. The experiment Bandla will test on board will use a number of handheld fixation tubes.