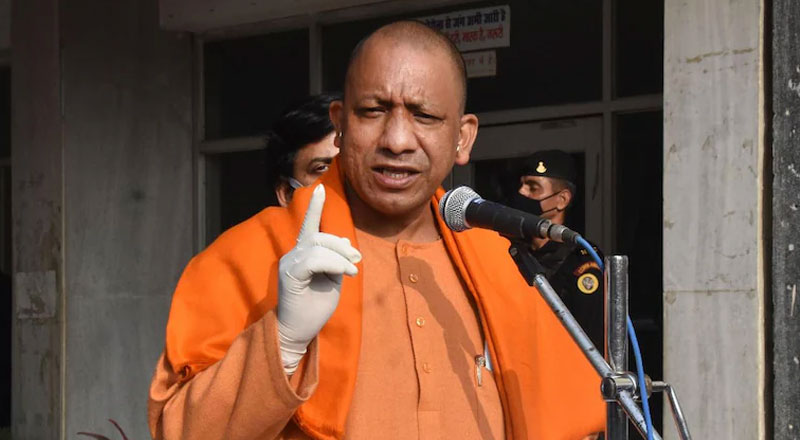 Uttar Pradesh Chief Minister Yogi Adityanath on Tuesday slammed Samajwadi Party chief Akhilesh Yadav for his comments that Pakistan is a “political enemy” which is targeted by the BJP for “vote politics”. Without taking the name of the former CM, Adityanath said that this shows Akhilesh’s mindset.

“Those who do not think Pakistan is an enemy, Jinnah seems to be a friend. What can be said about his education and vision. They call themselves socialists, but the truth is that ‘tamanchawad’ is in their blood,” he tweeted in Hindu.

The Samajwadi Party chief is at the receiving end of criticism from the BJP leaders over his recent comments on Pakistan.

Earlier on Monday, the saffron party asked Akhilesh to tender an apology to the country for the comments which show his “love” for Pakistan. “What the SP president has said is very unfortunate and disappointing,” spokesperson Sambit Patra said.

While the BJP under Prime Minister Narendra Modi and Chief Minister Yogi Adityanath is campaigning on development issues, the SP is depending on Jinnah and Pakistan,” he added.

Akhilesh had last week told a daily that India’s real enemy is China while Pakistan is a political enemy which the BJP attacks for its “vote politics”. He also hit out at the ruling party for China’s alleged encroachment on Indian land.

Polls in Uttar Pradesh will be held in seven phases beginning February 10. Counting is slated for March 10.