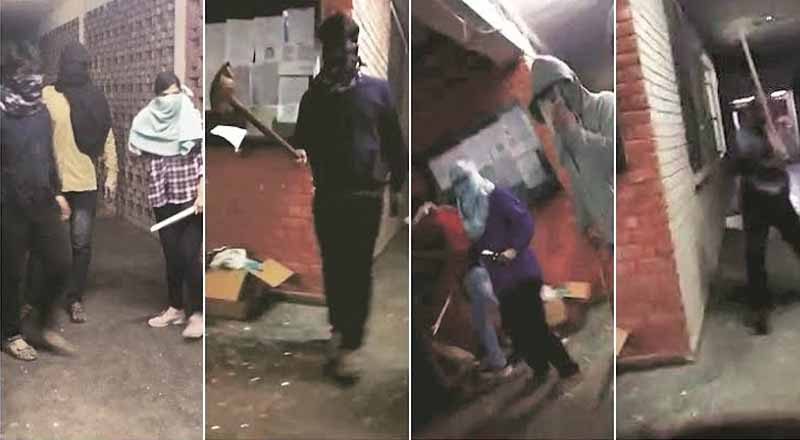 It has been assumed that the attackers were mostly outsiders and belonged to the ABVP — a charge the RSS student outfit denied. Eyewitnesses also accused police of failing to stop the mob from entering the campus or ending the violence sooner, despite calls from frantic JNU students and teachers.

On Sunday around 6:30 pm, a ‘peace march’ was called by the JNU Teachers’ Association on the campus. Teachers had gathered to call for calm a day after the campus had seen a scuffle between activists of the ABVP and Left outfits. The campus has been seeing protests against hostel fee hike for around three months.

The police finally arrived  outside the campus around 7.30 p.m and held flag marches at regular intervals. By Sunday night, over 700 policemen were present inside the campus.

22 students were injured including JNU Students’ Union (JNUSU) president Aishe Ghosh, two teachers and two guards, who have been admitted to AIIMS and Safdarjung Hospital.

Union Home Minister Amit Shah has ordered the Delhi Police to hold an inquiry. The HRD Ministry has condemned the incident, blaming outsiders for it and said anarchy will not be tolerated.