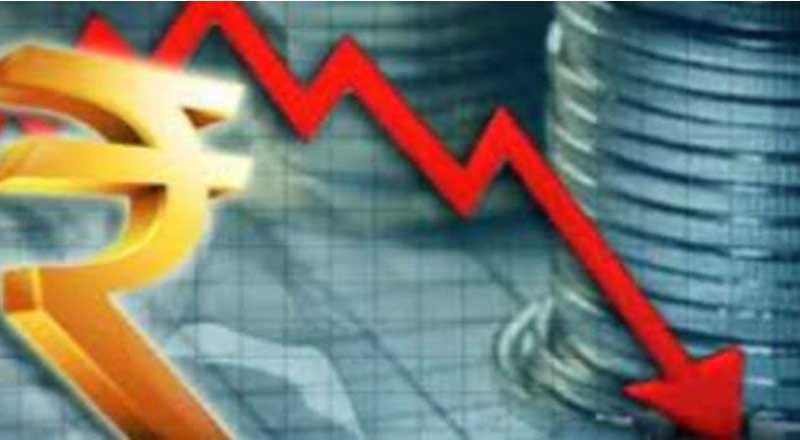 As the economy grapples with a prolonged slowdown, close to Rs 10.52 lakh crore of the corporate debt is at the risk of default over the next three years, says a report.

The GDP growth slowed down to a nearly seven-year low of 4.7% in October-December 2019, according to the data released by the National Statistical Office (NSO). The NSO has pegged the economic growth at 5% for FY 2019-20 in its second advance estimates released last week.

India Ratings and Research in a report said credit profiles of corporates are likely to remain under pressure as the economy grapples with a synchronised and prolonged economic slowdown.

“At least Rs 10.52 lakh crore of the corporate debt, which is 16% of system level corporate debt, is vulnerable to default over the next three years,” the rating agency said in a report.

It identifies the quantum of vulnerable debt by analysing the refinancing risk and asset quality for 11 sectors – real estate, power, auto & auto ancillaries, telecom and infrastructure, among others. The rating agency said about 25% of the vulnerable debt is likely to turn delinquent, resulting in additional Rs 2.54 trillion of delinquent debt.

This is likely to result in incremental delinquencies to the extent of 4% of the system level corporate debt by FY2022, it said. “In case the real gross domestic product growth slowdown intensifies (4.5 per cent over FY21-FY22), incremental delinquencies could be higher by an additional 159 basis points to 5.59% of the system debt,” the report said.

However, if there is a sharp recovery in gross domestic product (growth to 7 per cent over FY21-FY22), delinquencies could be lower by 87 basis points to 3.13% of the system debt.

The report said the companies which are already stressed (recognised as defaulters by banks and credit rating agencies), lenders to at least half of these companies are likely to be required to take deep haircuts, given the inherently weak asset quality of these issuers. The majority of the exposure to these accounts, however, has already been provided for by the lenders, it added.