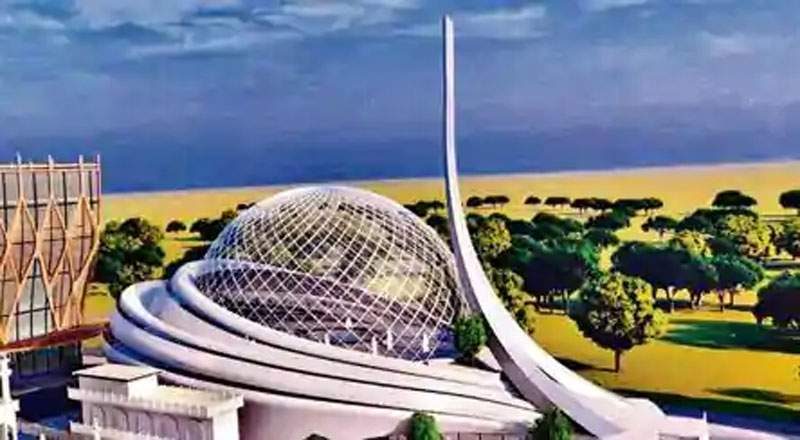 Indo-Islamic Cultural Foundation (IICF) trust has released the first architectural design for a mosque in Ayodhya district in the allotted five-acre land by the Supreme Court of India.

The Uttar Pradesh Sunni Central Waqf Board (UPSCWB) finalised the blueprint for construction on the five-acre land allotted by the Supreme Court.The design of the mosque has been prepared using modern technology, and it will be egg-shaped without any dome. The two-storeyed mosque will not have any minaret. Solar power will be installed in the mosque, and around 2,000 people will be able to offer ‘namaaz’ at the same time,” he said.

The first phase of the project will have a hospital along with the mosque. The name of the mosque is yet to be decided, IICF said, It further says, the proposed mosque in Dhannipur village near Ayodhya will not adhere to the traditional architectural aesthetics of a mosque and will follow a futuristic design with the additional of a glass dome.

IICF secretary Athar Hussain said, “the first phase of the project, for which the foundation stone is likely to be placed early next year, will have a hospital along with the mosque.”