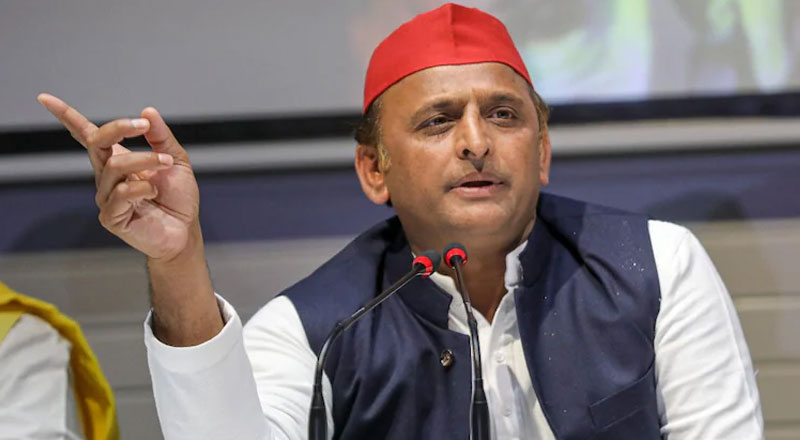 Samajwadi Party chief Akhilesh Yadav hit out at the BJP, claiming that the party was trying to divert attention from issues like corruption and inflation by razing structures with bulldozers.

Former Uttar Pradesh Chief Minister and Samajwadi Party chief Akhilesh Yadav alleged that the BJP is trying to divert attention from basic issues like inflation, corruption, and unemployment by razing structures with bulldozers.

“One day will come when the people themselves will bulldoze this Yogi Adityanath government,” Akhilesh Yadav said in Agra.

The Samajwadi Party chief further added, “Without deciding whether it is legal or illegal, bulldozers are being run over the houses because the BJP workers do not believe in the constitution of the country.

He said that India believes in “Vasudhaiv Kutumbakam”, but the BJP government is completely erasing India’s identity.

“The houses of families who have been living together for decades are being demolished. Beautiful buildings are being demolished. Who will see this injustice? It seems that now the people will not get justice. At present, the injustice of the BJP government is prevailing. People are watching with full understanding now. When the time comes, the people have also made up their minds to answer this injustice,” Akhilesh Yadav said.

He further claimed that the present government in UP has been formed illegally. He said, “The public support that the BJP government should have gotten was not reflected in votes.