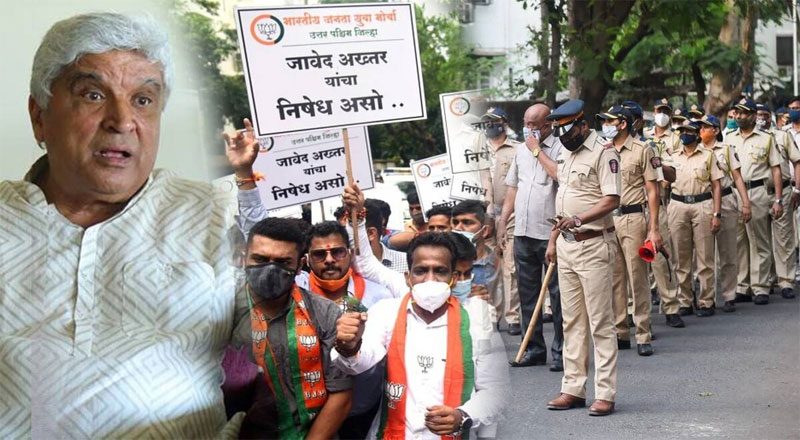 To avoid the occurrence of any ‘untoward incident’, Juhu Police has deployed a team of cops outside the residence of lyricist Javed Akhtar in Mumbai, after he allegedly compared the RSS with the Taliban.

“We have stationed two police vans and teams outside Akhtar’s residence. Till now, there has been no protest. Nor have we received any complaint by or against Akhtar regarding the matter. Akhtar did not ask for police protection. But we acted on our own and deployed the cops to ensure that there is no law and order problem,” a police officer said.

Akhtar has recently told a news channel that right-wing all over the world have an uncanny similarity, and that the Taliban and RSS shared a fascist ideology. He further went on to say that the Taliban was “more empowered with weapons, but the view, outlook, and ideology are mirroring each other.”

Akhtar also criticised Indian Muslims who supported the return of Taliban in Afghanistan. “I don’t remember their statement verbatim, but by and large the sentiment was that they welcomed the return of Taliban in Afghanistan. But these people are a miniscule part of the Muslim population of our nation. Most of the Muslims I spoke to were shocked and appalled by such statements,” he was quoted as saying.

After his remarks on RSS-Taliban comparison, Ghatkopar (W) BJP MLA Ram Kadam had asked for an apology and threatened that the saffron party would not allow the release of any of his films until he issues it.

Shiv Sena on Monday said Akhtar was “completely wrong” in comparing the RSS with the Taliban.

“How can you say those who favour the concept of a Hindu Rashtra are of Talibani mindset? We don’t agree with this,” stated an editorial in the Sena mouthpiece ‘Saamana’.