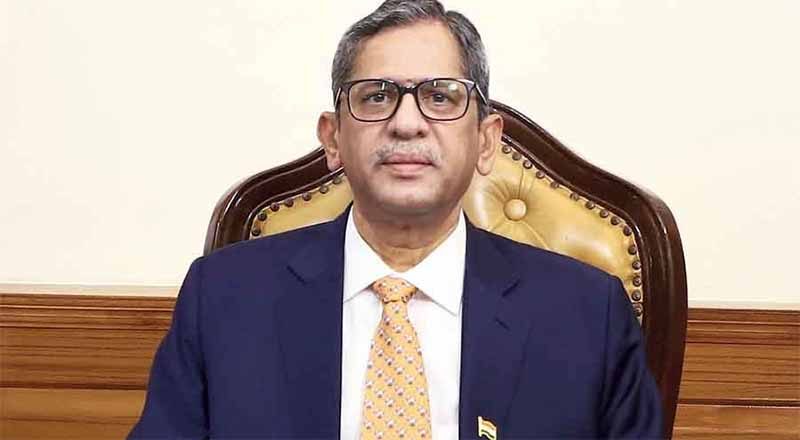 Chief Justice of India NV Ramana said that the common people are not able to afford quality legal advice at corporate prices, making this an area of concern.

He added that though access to justice has been strongly provided, there are lakhs of people who are unable to approach the courts.

The CJI added, there is a “corporatisation of the profession” by creating the National Judicial Infrastructure Corporation is under preparation and will be sent to the government soon.

The judicial system is facing difficult challenges like that of deficient infrastructure, shortage of administrative staff and huge vacancies of judges,” the CJI said at a function organised by the Bar Council of India (BCI) to felicitate him.

On the appointments to the higher judiciary, the CJI thanked the prime minister and the Union Law Minister, who was present at the event, for the clearance to the nine names, recommended by the Collegium for appointment as judges to the apex court, at a jet speed.

I must thank the prime minister and law minister and the Government of India for clearing the names, he said. The CJI said that it has been his endeavour to address the issue of vacancies in the higher judiciary on an “urgent basis” and noted that due to the collective efforts, the vacancy in the top court is now reduced to just one.

Justice Ramana said another area that needs to be highlighted is that majority of women lawyers struggle within the profession and very few of them have found representation at the top.

After 75 years of independence, one would expect at least 50 percent representation for women at all levels but I must admit, with great difficulty we have now achieved a mere 11 percent of women representation on the bench of the Supreme Court, he said.

The CJI said some states, because of reservation policy, may reveal higher representation but the reality remains that the legal profession still has to welcome women into its fold. He said bar council and bar associations are his weakness and he has enjoyed his life as a member of the bar more than as a judge.