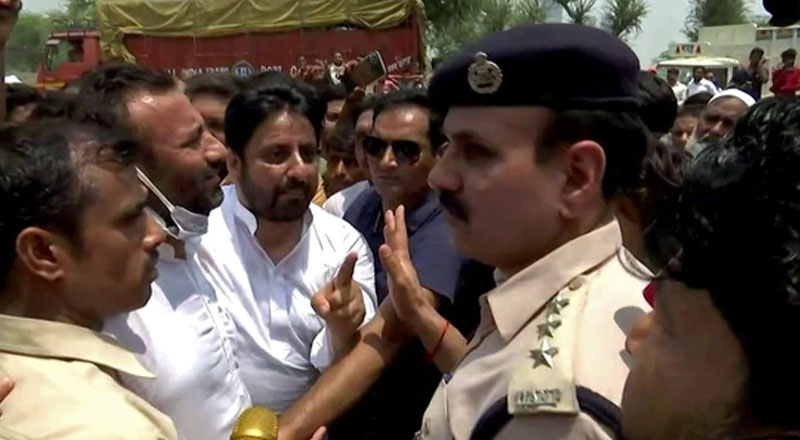 Over the past week, Khan, 48, has been at the forefront of protests against the south civic body’s anti-encroachment and demolition drive — in Shaheen Bagh on May 9 and in Madanpur Khadar on Thursday (May 12).

Aam Aadmi Party (AAP) MLA Amanatullah Khan, who was arrested on Thursday for protesting against the anti-encroachment drive carried out by the South Delhi Municipal Corporation (SDMC) in Madanpur, was listed as a ”bad character” — a police parlance for persons with a criminal record — by the Delhi Police in March this year, and a ”history sheet” — a confidential file listing a person’s criminal antecedents and known accomplices — was opened in his name at the Jamia Nagar police station, according to police records.

A court granted him bail on Friday.

The Delhi Police and AAP have a long history of conflict, including over the appointment of lawyers to hear crucial cases in the courts.

A senior police officer said when a history sheet is prepared, the details help police track known troublemakers of an area. “When a person’s history sheet is prepared, police can call on them fortnightly and inquire into their activities. Police also keep in touch with their families to keep a tab on them. This is to keep known criminals in check, in a continuous but non-intrusive way. We call them ‘bad characters’, or BCs, in police terminology,” the officer said

Khan’s advocate Dilshad Ali said, “Khan is a public figure and does good for the people of his constituency. He has been discharged in most of the cases mentioned by the police in the history sheet. This has only been done to defame him,” Ali said.

According to police records, Jamia Nagar SHO on March 28 wrote to the south-east district’s deputy commissioner of police, seeking permission to open a history sheet in the MLA’s name, and approval was granted on March 30. Papers attached with the SHO’s request showed that, as on March 28, there were 18 cases registered against Khan, beginning in 1995 when he was 21 years old.

However, of the 18 cases, in at least 13, courts either discharged, acquitted, and quashed FIRs. Trial is pending in four — including the one pertaining to the alleged attack on former chief secretary Anshu Prakash in February 2018 — while one is pending a probe. (HINDUSTAN)