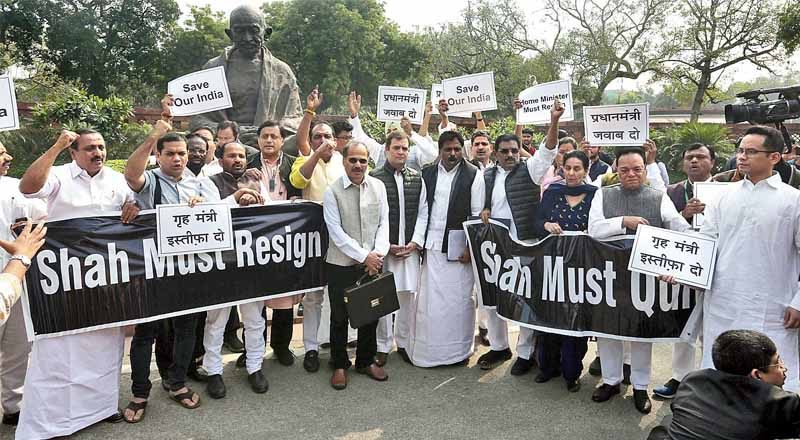 Amid the Delhi violence, the two Houses of Parliament, which met on Monday after the Budget session recess, could transact little business as opposition MPs protested over the communal violence, demanding Home Minister Amit Shah’s resignation.

In the Lok Sabha, Bharatiya Janata Party (BJP) and Congress MPs pushed and shoved each other, as opposition parties demanded the resignation of Home Minister Amit Shah.

In the Rajya Sabha, opposition members submitted notices for a discussion on the violence in Delhi, and demanded that Prime Minister Narendra Modi and Shah gave a statement in the House.

Earlier in the morning before Parliament convened, opposition MPs protested in front of the statue of Mahatma Gandhi. As the Lok Sabha convened, Speaker Om Birla adjourned the House until 2 pm as a mark of respect for sitting MP Baidyanath Prasad Mahto, who passed away last week. When the House met again, the Lok Sabha was adjourned thrice – first till 3 pm, then till 4 pm, and then 4.30 pm amid the ruckus. It was finally adjourned for the day.