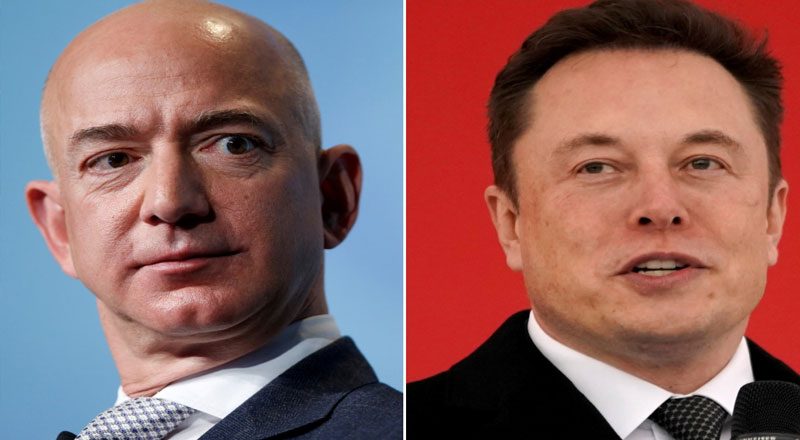 SpaceX Founder, Elon Musk has blasted his wealthy competitor Jeff Bezos yet again on Twitter for initiating lawsuits against his company.

It’s the latest in a long line of insults between the two billionaires. Both Bezos and Musk are competing for building a moon lander contract with Nasa.

Bezos Blue Origin has also filed a lawsuit against Nasa after losing a government contract to send astronauts to the Moon.

This action on the part of Bezos’ company has impeded SpaceX’s own project progress.

According to CNBC, Amazon has put a request before the Federal Communications Commission (FCC) to reject SpaceX’s latest update to its Starlink satellite network.

Amazon has in July stated that it would spend more than $10 billion to develop a network of 3,236 satellites; this would help give high-speed broadband internet to individuals all over the world who lack it. The FCC then approved “Project Kuiper,” a constellation of low-Earth orbit (LEO) satellites that will compete with Musk’s SpaceX’s Starlink network.

“While Amazon has waited 15 months to explain how its system works, it has lodged objections to SpaceX on average about 16 days this year,” SpaceX said in a letter addressed to Marlene Dotch, Secretary of the FCC.