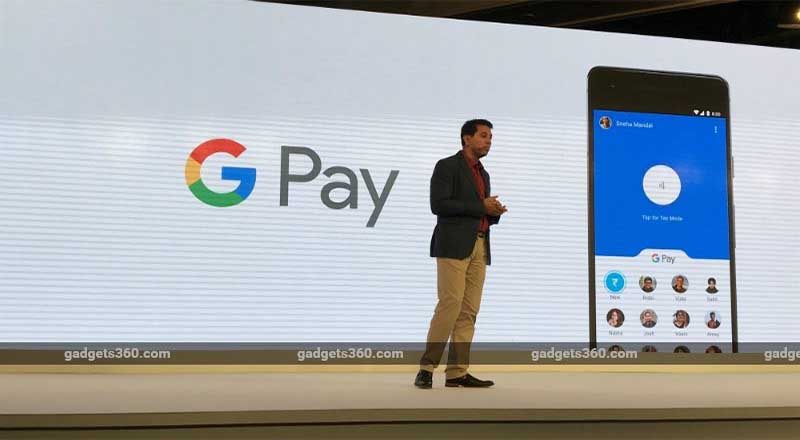 Google has updated it’s privacy policy of its Indian digital payments mobile application, after they receive the compliant from Paytm on Thursday to the Indian retail payments organisation National Payments Corporation of India (NPCI) regarding Google Pay’s privacy policy.and complained that the US tech giant’s platform allowed disclosure of customer data for advertising and other purposes.

It has highlighted the clauses in the policy that stated that the Google “collects, stores, uses and discloses Indian user’s personal data for advertising and promotional purposes” with not just its “group of companies” but also with unnamed “third parties”. This can include a customer’s name and image in Google’s promotional material with no additional consent from the user.

Data is the real money and it has to mandate to all the payment and e-commerce companies doing business in India to set-up their server in India, without failure. The critical payments data collected by them is being processed and stored outside of India which can have severe security implications in case of a data breach as their policy states that this data is also being disclosed with advertisers and third parties.

Payments and commerce competition in India is quickly heating up in 2018, The fact is Google digital payment offering in India supports transactions for approximately 20,000 apps and websites, and soon will integrate with Uber, BookMyShow and other services.In a letter send by Paytm to NPCI indicates the increasingly strong competition in India’s digital payments market, which is expected to grow five-fold to $1 trillion by 2023. As per the report, Paytm has 95 million active monthly users, compared to Google Pay’s 22 million.

Online retail, meanwhile, continues to grow in India, and that market could hit $200 billion by 2026 if one goes by a Morgan Stanley estimate. That market will grow at a 30 percent compound annual growth rate until then. “An increasing number of internet users, all new to eCommerce, will help lead this growth,” the report said.

Paytm also stated that against the backdrop of India drafting its personal data protection bill, it is an utmost concern that global companies are sharing Indian users’ personal data with third-party players inside and outside the country.

“Recently, WhatsApp was directed to stop sharing user’s data with its parent company, Facebook. In the light of this, it is disconcerting that Google Pay is sharing user’s critical personal data with Google, group companies, payment participants and unnamed third parties as their policy clearly states. We believe that Google, who already has our social data, has now gained an access to the payments data, which has a scope of being used/disclosed for monetary gains, affecting the privacy of Indian users and security of the country.”

In its complaint, Paytm questions Google’s need to access such private information and has raised concern over Google Pay’s intent while sharing this data with its group of companies as well as third parties. Google had refuted the claim and the updated policy further clarified it. “Your UPI Transaction Data will not be used for any monetisation purpose (eg. for advertisements) by any entity other than Google,” read the updated policy.

Google Pay’s new privacy policy stated that UPI transaction data could be used for monetisation purposes only by the platform itself. But the company said it did not do so now.