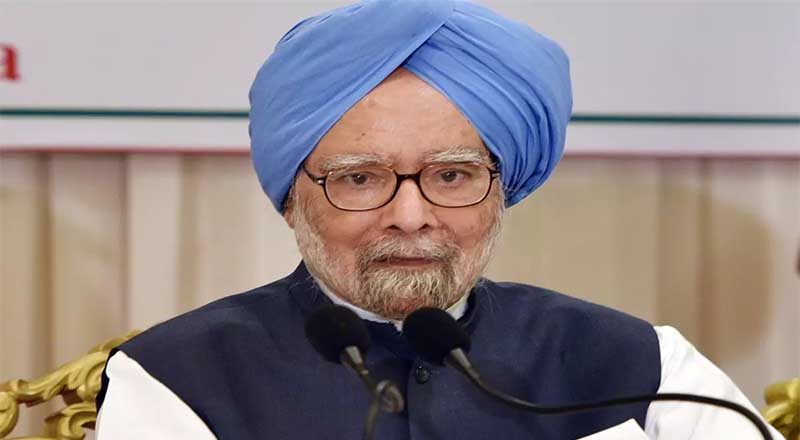 Responding to finance minister Nirmala Sitharaman’s statement blaming him for the ongoing bank crisis in the country, former Prime Minister Manmohan Singh on Thursday said the “government is obsessed with trying to fix blame on its opponent”.

Accusing the Centre of not willing to adopt people-oriented policies, he said its apathy was evident in Sitharaman’s press statements. “I have just seen the statements by Finance Minister Nirmala Sitharaman. I won’t like to comment on that statement, but before one can fix the economy, one needs a correct diagnosis of its ailments and their causes. The government is obsessed with trying to fix blame on its opponent, thus it is unable to find a solution that will ensure revival of the economy,” Singh said at a press conference in Mumbai ahead of the assembly elections in the state on Monday.

On Tuesday, Sitharaman had, at an event in the US, said she held the Manmohan Singh-Raghuram Rajan combination responsible for subjecting public sector banks (PSBs) to their “worst phase”.

Stating that the economic slowdown and government’s “apathy” has affected the aspirations and future of Indians, Singh said that business sentiment is down in poll-bound Maharashtra and many factories are facing closure.

He further said, BJP’s “economic mismanagement” has meant that Maharashtra has witnessed one of the highest factory shut downs in the last five years and there is a dearth of opportunities in this otherwise vibrant state. “Educated youth face higher rate of unemployment and investors are shifting to other states,” he said, adding that earlier Maharashtra used to be the No.1 state in attracting investment, but today it is No.1 in farmers’ suicides.

On the repeated attacks by Prime Minister Narendra Modi and home minister Amit Shah over Article 370 during the campaign trail, Singh said that the Congress does not need a certificate of patriotism from the BJP and its ideological mentor RSS.

“The Congress party voted in favor of the bill to abrogate Article 370, not against it. We believe Article 370 is a temporary measure, but if a change has to be brought, it should be with goodwill of the people of J&K. Manner in which it was implemented is what we opposed,” he said.