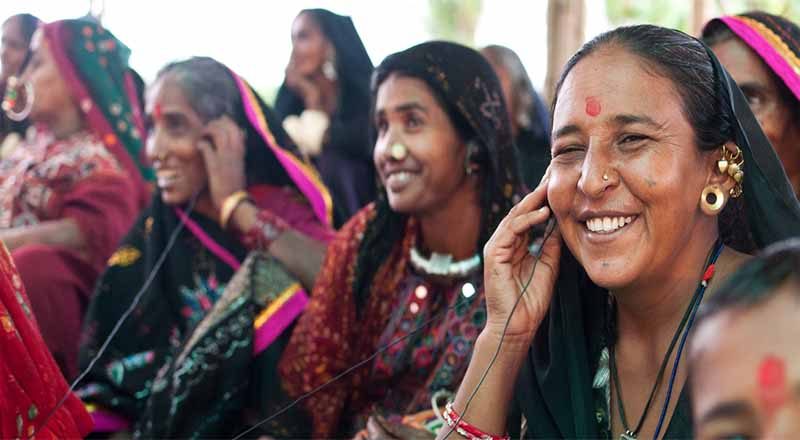 On International Women’s Day, the United Nations’ International Fund for Agricultural Development (IFAD) will kick off a campaign aimed at closing the gender gap in agriculture by drawing attention to the often overlooked contributions that rural women in developing countries make to rural economies, local communities and to improving the lives of rural families – men, women and children.

The campaign – “Real Groundbreakers” is aimed at building awareness as well as raising government support for much needed investment. Through the campaign digital platform, women and men around the world can stand in solidarity with 1.7 billion rural women and girls, publicizing the need to eliminate gender inequalities in agricultural production and ensure that women have equal access to resources and opportunities.

“Rural women are real groundbreakers,” said Charlotte Salford, Associate Vice-President of IFAD’s External Relations and Governance Department. “They farm, produce food, start businesses and innovate, despite living in some of the world’s most challenging conditions while facing extreme inequality and poverty.”

IFAD’s advocacy initiative is based on the recognition that women makeup 43 per cent of the global agricultural labour force but have less access than men to the financing, land rights and inputs that would help them farm more successfully and move out of poverty.

According to The State of Food and Agriculture, giving women the same access to productive resources as men would increase their farm yields by an estimated 20 to 30 per cent, reducing the number of hungry people by as much as 100-150 million.

As a further argument for investing in rural women, a World Bank report looking at three African countries indicates that closing the gender gap could lift 238,000 people out of poverty in Malawi, 80,000 people in Tanzania, and 119,000 people in Uganda.

The campaign is part of IFAD’s efforts to draw attention and direct more funding and investment to the empowerment of rural women.

“It’s a win-win situation that starts with governments investing more resources in rural women’s empowerment. This is why we are so pleased to launch this advocacy campaign and partner with others to ensure change happens on a global scale.”