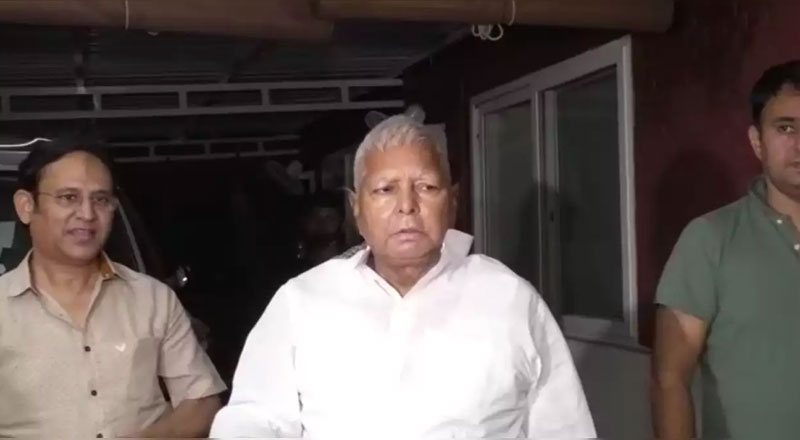 RJD President and former Bihar Chief Minister Lalu Prasad Yadav said on Wednesday that the loudspeaker issue can be fatal for national integration, which according to him was equivalent to division of the nation.

Lalu Prasad Yadav recently got bail in a case related to fodder scam.

“Why are you going towards the mosques? Hanuman Chalisa can be recited in Temples. This actually aims at irritating a community. This invites reactions that can lead to riots and unrest, it will have detrimental impact,” he said while speaking to reporters.

Making a somewhat similar remark, Rajasthan Chief Minister Ashok Gehlot said that this is very dangerous and nobody knows where the country was headed. He also blamed the BJP and RSS for recent communal clashes in several states.

The loudspeaker controversy began with MNS chief Raj Thackeray who last month warned the Maharashtra government to follow the Supreme Court order and remove all speakers from mosques or else Hanuman Chalisa will be played outside every mosque. He later gave a deadline till May 3, which elapsed on Tuesday.

The MNS chief on Tuesday evening then issued a statement appealing to all Hindus to play Hanuman Chalisa if they heard loudspeakers blaring azaan. Following his warning, this demand has also been raised in other states. The Uttar Pradesh government removed over 50,000 loudspeakers from religious places. Recently, a Karnataka minister said that azaan on loudspeaker disturbs students.