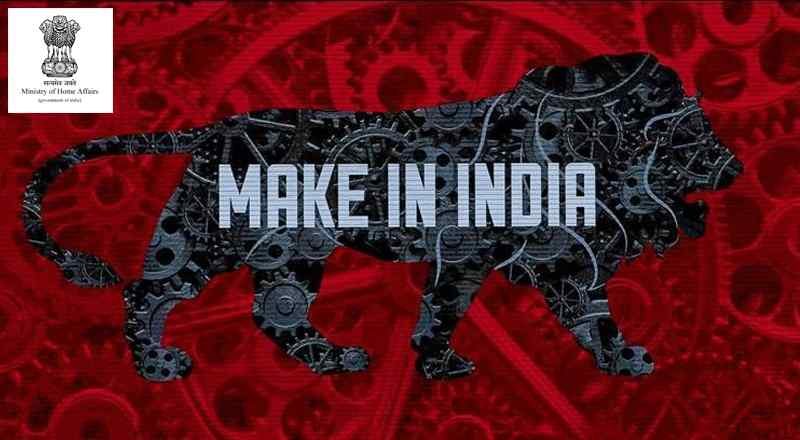 The Ministry of Home Affairs has liberalised the Arms Rules to boost “Make in India” manufacturing policy of the Government as also to promote employment generation in the field of manufacturing of arms and ammunition.

The liberalised rules are expected to encourage the manufacturing activity and facilitate availability of world class weapons to meet the requirement of Armed Forces and Police Forces in sync with country’s defence indigenization programme. The liberalised rules will apply to licences granted by MHA for small arms & ammunition and licences granted by Department of Industrial Policy and Promotion (DIPP), under powers delegated to them, for tanks and other armoured fighting vehicles, defence aircrafts, space crafts, warships of all kinds, arms and ammunition and allied items of defence equipment other than small arms.

The salient features of the liberalised rules are –

(i) The licence granted for manufacturing shall now be valid for the life-time of the licensee company. The requirement of renewal of the license after every 5 years has been done away with.

(ii) Similarly, condition that the small arms and light weapons produced by manufacturer shall be sold to the Central Government or the State Governments with the prior approval of the Ministry of Home Affairs has been done away with.

(iii) Further, enhancement of capacity up to 15% of the quantity approved under licence will not require any further approval by the Government. The manufacturer will be required to give only prior intimation to the licensing authority in this regard.

(iv)The licence fee has been reduced significantly. Earlier the licence fee was Rs. 500/- per firearm which added up to very large sums and was a deterrent to seeking manufacturing licenses. The licence fee will now range from Rs. 5,000/- to the maximum of Rs. 50,000/-.

(vi) Single manufacturing licence will be allowed for a multi-unit facility within the same State or in different States within the country.