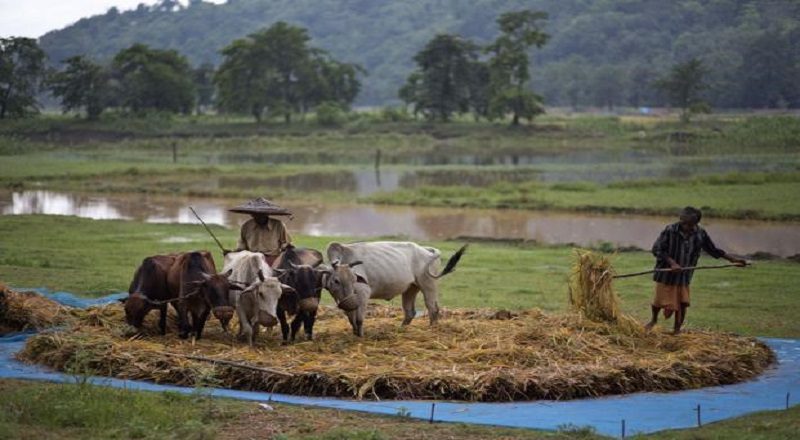 The Government of India and the World Bank have signed a $200-million loan agreement for the Assam Agribusiness and Rural Transformation Project.

The Project will support the Government of Assam to facilitate agribusiness investments, increase agriculture productivity and market access, and enable small farm holders produce crops that are resilient to recurrent floods or droughts in the state.

The $200-million loan from the International Bank for Reconstruction and Development (IBRD) has a 7-year grace period, and a maturity of 16.5 years.

After the agreement, Joint Secretary Sameer Kumar Khare said that Assam is simplifying several regulatory procedures related to doing business, agricultural marketing and fisheries, among others. He said, “The project will help the State to increase agricultural productivity by strengthening the farming systems, raise private sector investments to promote agri-enterprises which will create better job opportunities for the youth in the State.”

The project will be implemented in over 16 districts of Assam. Over 500,000 farming households will directly benefit from the project. At least 30% women are expected to participate in the project activities. Specific focus will be given to women-led enterprises and their participation in the decision-making process of farmer producer organizations.

Speaking on the occasion, WB Operations Manager Hisham Abdo said, “The Government of Assam aims to double farm incomes in the State and transform the agricultural sector into a stable source of growth and economic development.” He also said that this project will serve as the nucleus to fulfil the State’s much larger vision of an agriculture-based rural transformation.

The focus on geographic clustering of the production base for certain commodities will help agri-enterprises take advantage of existing and future market opportunities that they may not necessarily achieve alone. The cluster approach will allow for combining efforts, making use of synergies, and pooling resources to increase the competitive advantage of these products, while at the same time share the risks involved in introducing improved products or entering previously untapped markets.

Another key component of the project will be to promote market-led production that can deal with the vagaries of climate change. Assam’s agricultural sector is highly vulnerable to climate variability and the state experiences recurrent floods and droughts. Currently, more than 50 per cent of the paddy-growing areas are prone to flooding, submergence and drought. A market-led production system will take advantage of the rapidly-changing market, introduce crops that are resilient to climate change, increase production and manage risks for farmers.